Let’s start off way back at the origin of the first home game consoles, which were originally created as a response to arcades. 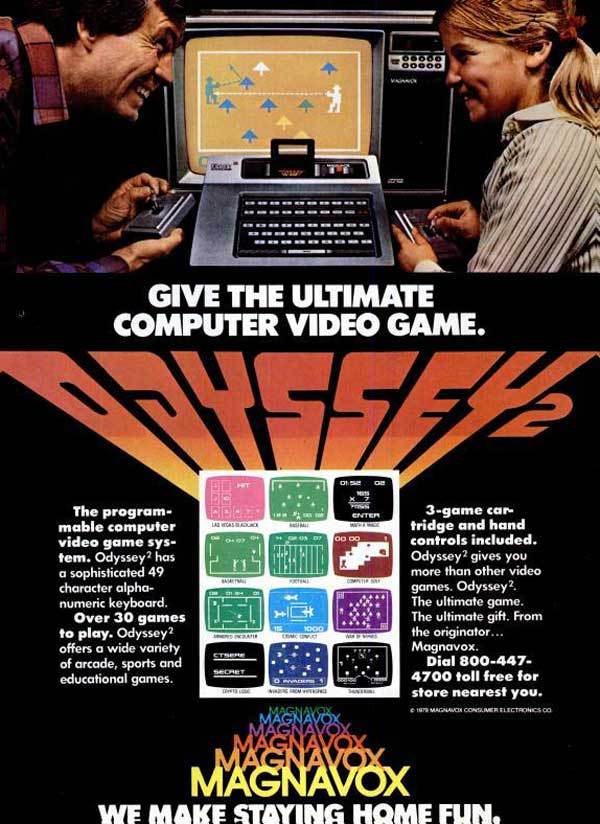 This ad for the Magnavox Odyssey, the first home console, boasts that it will “make staying home fun.”

Simple fact: you need a computer machine to play video games. In the early 80’s, you had to venture out to your local parlor to play a game machine, called an arcade machine. But then someone came up with a neat idea: “Why not put a computer machine in your home? Who needs to go somewhere and play a machine when you could have a machine in your home?” Thus, consoles were born. Years before Mac’s and Windows were commonplace, early video game consoles were some of the earliest personal household computers to enter the mainstream.

But here we are today. Things are different now. Everyone already has a computer in their house. Everyone has a PC, and PC’s can play video games. So what purpose does a dedicated video game box serve anymore, when we already have a personal computer?

The unfortunate answer to that question is a dirty word: exclusives. There are just some games you can’t play on PC, but can only play on a certain home console. And that sucks.

Perhaps you like exclusives. You shouldn’t. They are gross and they appeal to the stupid tribe-mentality of the console wars. If you hear the words “only on Xbox One” that’s not something to celebrate. Why would you be happy that other people don’t get to enjoy a video game? “The Sony tribe is better than the Microsoft tribe! All the good coconuts are exclusive to us! Keep the good coconuts away from the enemy!” says the dumb caveman part of your brain. An effective marketing campaign does that to you. But it’s stupid and manipulative, so resist it! Rise above. You are not being a thoughtful, independent consumer; you are placing your personal worth in a commercial video game product that is designed to make money.

Furthermore, exclusives also lock video games behind a paywall. Other mainstream media, like film and music, do not require a $350 piece of hardware as an entry-fee. If you want to watch Jurassic Park, there are a million ways/formats to do so, both digitally and physically. But if you want to play Uncharted 4, you’d better have a Sony PS4. That sucks! It sucks for you if you didn’t buy the “right” console, and it sucks for Uncharted 4 because fewer people will be able experience that game. We should want to get great games in the hands of as many people as possible. We need to disperse the joy of video games to its farthest reaches. Sharing is a good thing, people. Selfishness is not. Hopefully, you learned that in kindergarten.

There is no non-business reason that Uncharted 4 is a PS4 exclusive. There is nothing about Uncharted 4 that would have been impossible on Xbox One or PC. It is a PS4 exclusive because of money, and nothing else. Consoles and their exclusives don’t exist to serve video games as an art and entertainment form; they exist to serve the pockets of console manufacturers. Microsoft, Sony, and Nintendo pay people to make games that are exclusive to their platform, so that consumers will buy their console products. Exclusives aren’t cool; they are marketing ploys.

So that brings us back to PC. If you are reading this, you probably have a personal computer. Everyone does. Why should we have to buy a home video game console when we have a gaming-capable computer machine right in front of us already?

As such, I’ve had an epiphany. I think it’d be absolutely incredible if the industry did away with traditional consoles, and every game was developed for the PC. Forget exclusives; everything should be third party and universal. Imagine if we could just play any video game, Mario, Zelda, Halo, and Uncharted, all on one system that you already own.

Hear me out, there are tons of benefits to a console-less world. 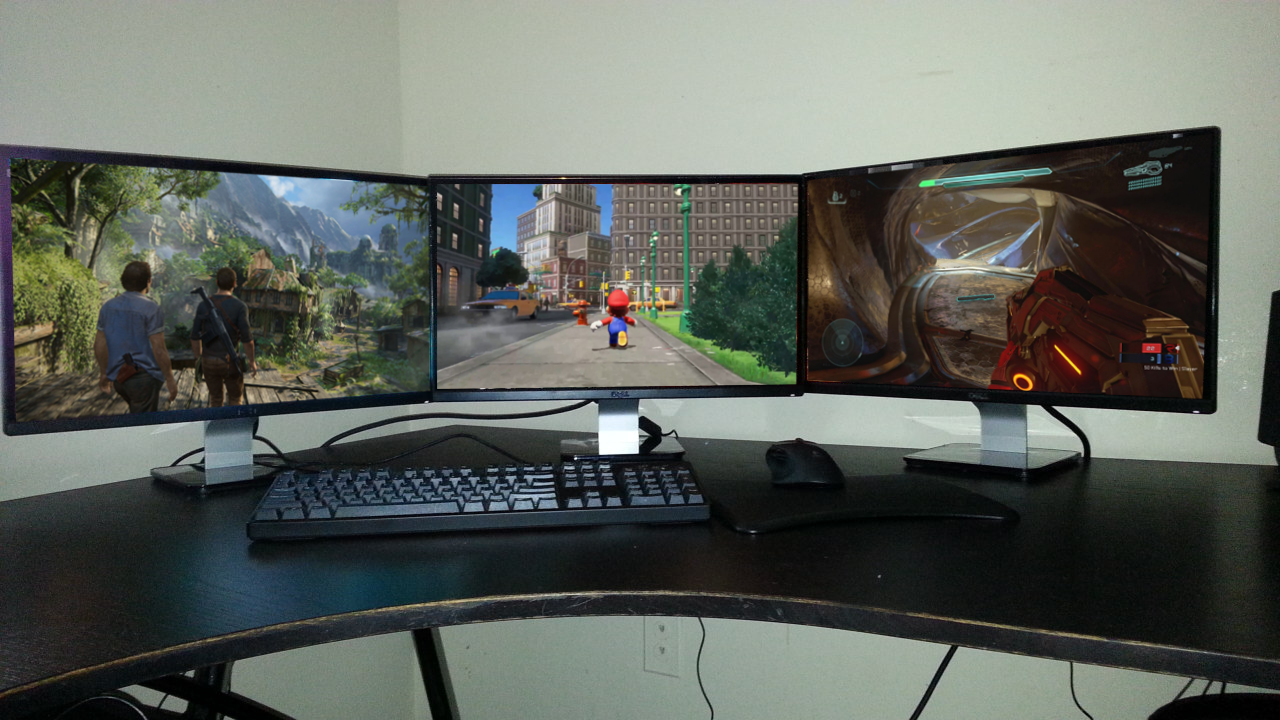 For one, it would do away with the neanderthalian console wars. PC’s are so ubiquitously mass-produced that it wouldn’t make sense for publishers to make exclusives. Imagine how stupid it’d sound if a company said, “Our game was developed for PC, but it can only be played on Dell PC’s.” There are simply too many PC manufacturers and brands for that to ever work.

“But Noah, gaming PC’s are way more expensive than consoles!”

“But Noah, because PC specs are so variable, not all games will work on my PC!”

The PC world has been accommodating varying hardware specs for years. Is a game running slow on your system? Go the options menu and change the settings. Want better graphics? You can always upgrade the parts to your PC. In the console world, you have to purchase a completely different console to the upgrade the settings, like a PS4 Pro or a New 3DS XL. Gross.

Perhaps the idea of playing all your games on PC feels unsexy to you. I understand. I should take the time to say that it took me a while to warm up to this idea. Don’t get me wrong, there still is a part of me that hates this idea. My 10-year-old self that once opened up a Gamecube box on Christmas morning is in direct conflict with my new revelation. As “gamers,” we’ve been conditioned to like consoles. We love seeing a big box in our living room with a big, sexy Sony/Xbox/Sega/Nintendo logo on top of it. We love the idea of having our very own “video game console” in our home. But those feelings are based in nostalgia and tradition, not in reason. Objectively speaking, a PC-dominated gaming world would benefit me and everyone else more than we might want to admit.

We need to move on. We need to progress as an industry and as consumers, not in home consoles. Progression with home consoles has already reached its limit. The more we “improve” consoles, the closer they get to just being dumbed-down, outdated PC’s. Think about it.

Every generation, consoles do more and more than just play games. Throughout the years, we’ve added online connectivity, internet browsers, YouTube, Netflix, CD/DVD/Blu ray-compatibility, live streaming, Skype, social media….the list goes on and on. However, everything on that list had previously been available on PC for literal years. There comes a point where we’re not making stronger consoles, we are essentially making weak PCs.

Suddenly, a challenger approaches. He raises forth a sword to counter my argument. “Ok Noah, what about the Switch, huh? You can’t take a desktop PC on the go!”

Ah, here we go. It’s important to talk about this.

As much crap as we’ve given Nintendo for always having “gimmick” consoles, their approach to hardware seems to be the only one that’s justified. Nintendo is not without its flaws, but while Microsoft and Sony make weird, little inferior PCs, Nintendo makes unique devices that rationalize and necessitate a dedicated piece of game hardware.

As I said earlier, Uncharted 4 is not impossible on a PC. However, something like Wii Sports, would be impossible without all the unique features/controllers of the Wii. (For the record, I’d much rather play an Uncharted game than a Wii Sports title, but you get the point).

Not to just sit here and gush about Nintendo, but the Switch and its portability makes so much more sense than the other consoles. Anything a home console can do, a PC can do better….except for leaving your living room! Even laptops are bulky and clunky in comparison to the Switch, which is handheld, not lap-held.

So maybe there’s features that you dislike about the Switch. Maybe the Joy-Cons’ HD rumble is stupid. Maybe the battery life is unacceptable. Maybe this, maybe that. I don’t know, I haven’t played the thing, yet. But I do know that the Nintendo Switch justifies it’s own existence by being intuitively portable, game-centric, and unlike a laptop. It’s different from a phone/tablet, and it’s different from a home console. Maybe the Switch will succeed, maybe it won’t. But at a purely conceptual level, the Switch makes more sense than an Xbox One or a PS4. The only consoles that make sense going forward would need to be different from PCs, not increasingly similar. 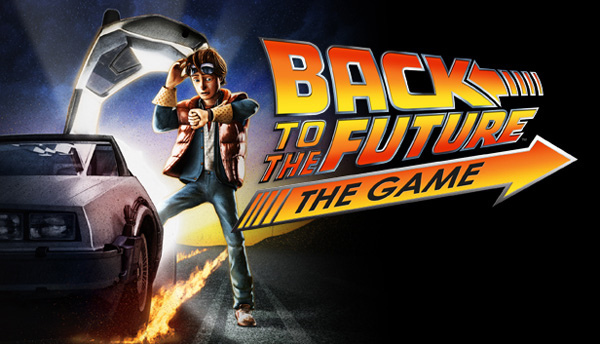 Forget the past. To the future, we go!

But as far the home-only consoles are concerned, we should start hoping for a PC-dominated gaming world.

“That’s all fine and dandy, Noah. But it will never happen because of business and money. It’s just a pipe-dream.”

A pipe-dream? I wouldn’t be so sure. The same thing happened in the film industry long, long ago. You may not know this, but movie theaters were once owned by movie publishers directly. There was a time in the early 20th century when you could only see a Paramount movie at a Paramount movie theater. You could only watch a 20th Century Fox movie in a 20th Century Fox theater. And so on, and so forth. Every movie was a publisher “exclusive.” But we changed and moved on and made movie theaters better. I hope for the day when the game industry does the same. It won’t happen tomorrow, or this year, but it is far from impossible. And it starts with us, the intelligent and independent consumer, accepting it and preparing the way for it. At the very least, we need to find a way to get games in the hands of as many people as possible. I firmly believe and assess that it would make gaming better. That’s my reasonable assessment.

Thoughts? Feelings? Let me know. I read every comment. I really do. If you post it, senpai will notice you.