Nintendo prides themselves on making quirky games that try something new, and no game in the Switch’s lineup encompasses this philosophy more than Arms. Like many of the company’s more creative endeavors, the idea sound absurd on paper: Punch-Out!! meets Mr. Fantastic with cartoony graphics and lots of motion controls. Though Arms confused many a gamer upon its initial announcement, it has delighted just as many since then, and with good reason – the game is a lot of fun.

To play Arms, you hold a Joy-Con in each hand and essentially make fists around them. By tilting the controllers, you can move around the ring of play and block incoming attacks, with button presses allowing you to jump and dodge. You attack by physically making a punching motion with your Joy-Con, and tiling the controller during a punch lets you throw a hook. You control each arm independently, but throwing a punch with both arms simultaneously lets you grab the opponent and bring them in close for a beatdown. Once your special attack is ready, you can unleash a flurry of devastating, non-stop punches, but be warned – like the rest of your attacks, opponents can block or dodge this. 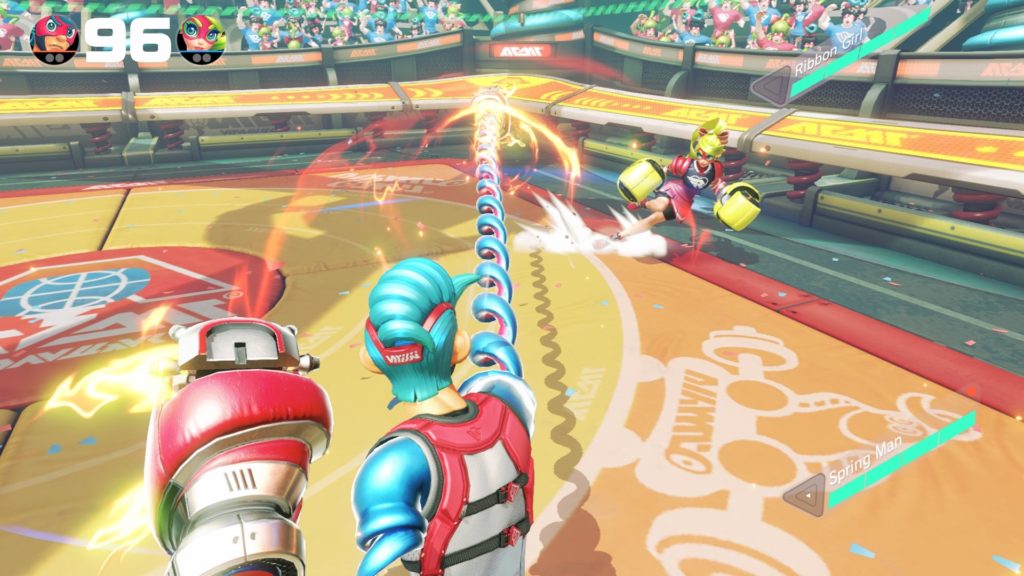 The demo offered a look at several different fighters, each with their own style of play. Characters like Spring Man and Ribbon Girl offer a well-rounded and non-specialized fighting style. Ninjara can dart around the arena very quickly, while Master Mummy brings some serious power at the price of maneuverability. Each character also has access to different types of gloves with distinct and special abilities, which means each fight can play out differently. With just a slice of content available in the demo on the show floor, Nintendo promises that more characters and glove types will be included in the full game.

Of course, none of this matters is the gameplay doesn’t hold up, but fear not – Arms feels great to play. Throwing punches is very satisfying thanks to the more robust rumble capacity of the Joy-Con, but you can’t just launch a non-stop assault on your opponent and expect to win. The blocking and dodging mechanics give the gameplay some necessary depth, and winning matches requires more skill and strategy than you might expect. This has the added effect of making your punches and special moves even more satisfying when you manage to land them. The motion controls work very well, even for moving and blocking, though if you prefer to play in more traditional ways, non-motion controls will be available in the final release. 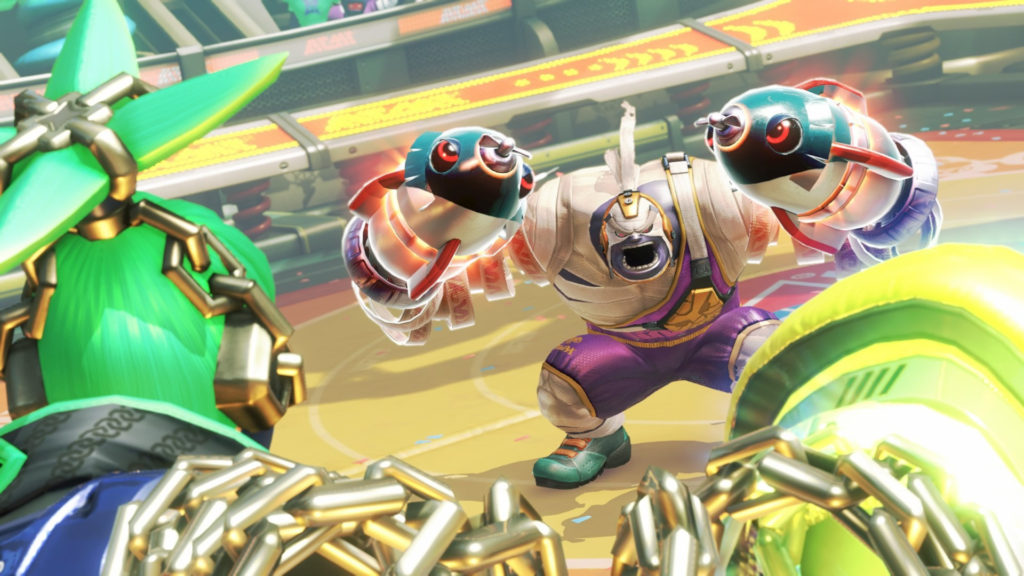 That said, one thing that cannot be gleamed from the Arms demo is just how much content is in the game. According to Nintendo, the game will have a single-player mode, though it is not known how extensive this mode will be. Online multiplayer is supported as well, but the number and types of modes to be included is still unknown. Though the gameplay is polished and a lot of fun, even the most well-designed games lose their appeal once players run out of things to do; for Arms to achieve any sort of longevity for casual players, it will need to provide some degree of variety, and this stands as the game’s biggest point of concern right now.

Perhaps the best way to describe the appeal of Arms is that it looks to do for fighting games what Splatoon did for third-person shooters: offer a creative and, to some degree, more casual take on a well-worn genre that gamers may otherwise not harbor much interest in. The moment-to-moment gameplay is engaging and satisfying, so whether or not the game achieves greatness will hinge heavily upon how much content Nintendo can pack in. If you’re in need of unique experiences to justify that Switch purchase of yours, this is definitely one to keep an eye on.

Arms launches this spring for the Nintendo Switch.

Until December 27, Your $20 Wields the Ban Hammer