Day 2 of our SAGE game reviews rolls on. Even though I said these would be shorter, they don’t really seem that much shorter, do they? I mean, let’s be real, both you and I probably expected as much. 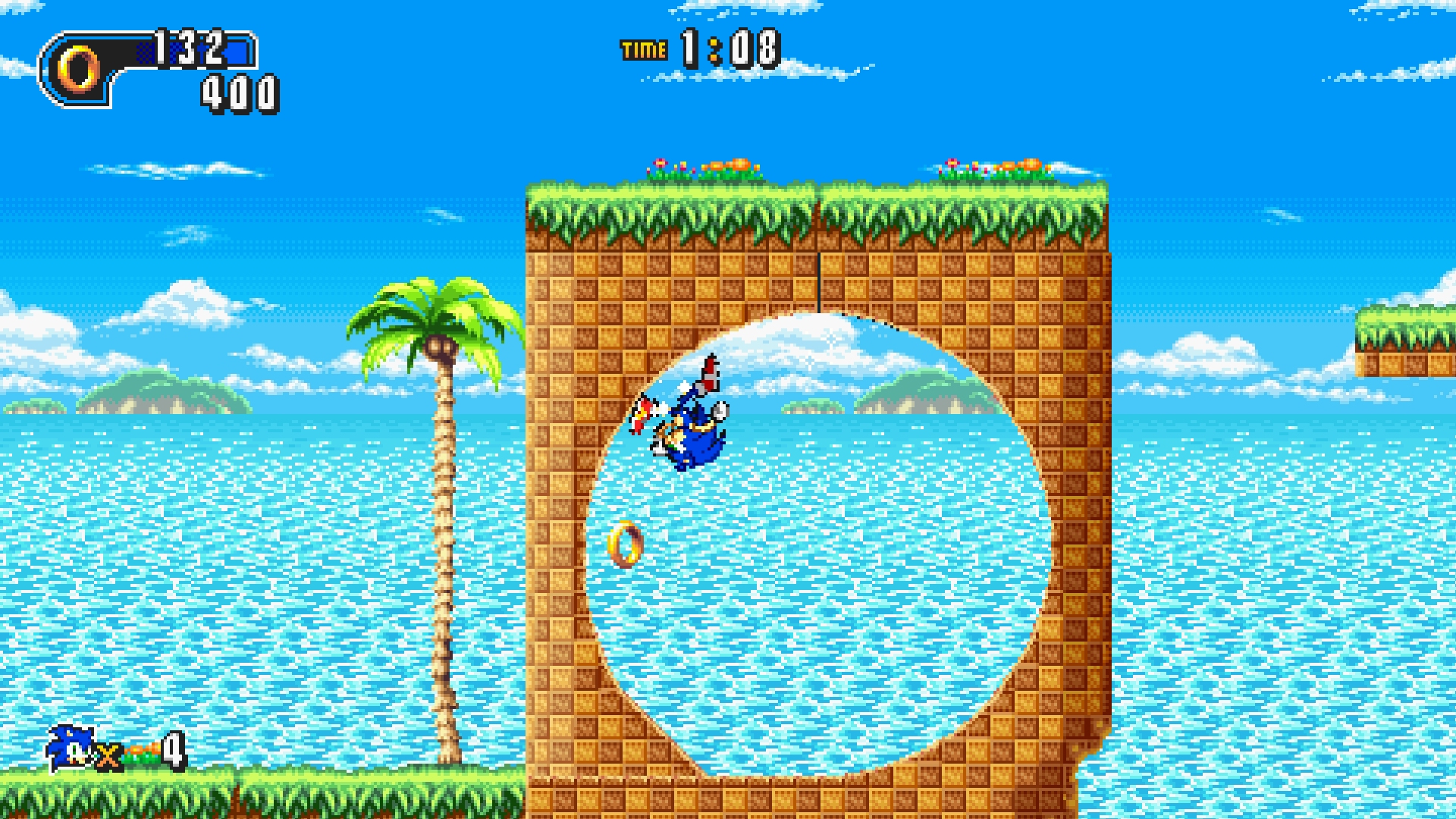 This is a fan game that some friends linked to me a couple of months ago and I was sort of skeptical of. Usually, remaking official products in fan game engines is a path of suffering, but Sonic Advance Revamped does pretty alright, here. I’m not entirely sure I agree with adding the Sonic 3 elemental shields to the game (it wasn’t designed to support them), but that’s a minor complaint, really. An even more minor complaint is that not all sound effects use their Sonic Advance counterparts, leaving the scratchy Gameboy Advance samples to clash with sounds ripped from a Sega Genesis. Honestly, though? That’s kind of all I’ve got. You should probably give this one a look. 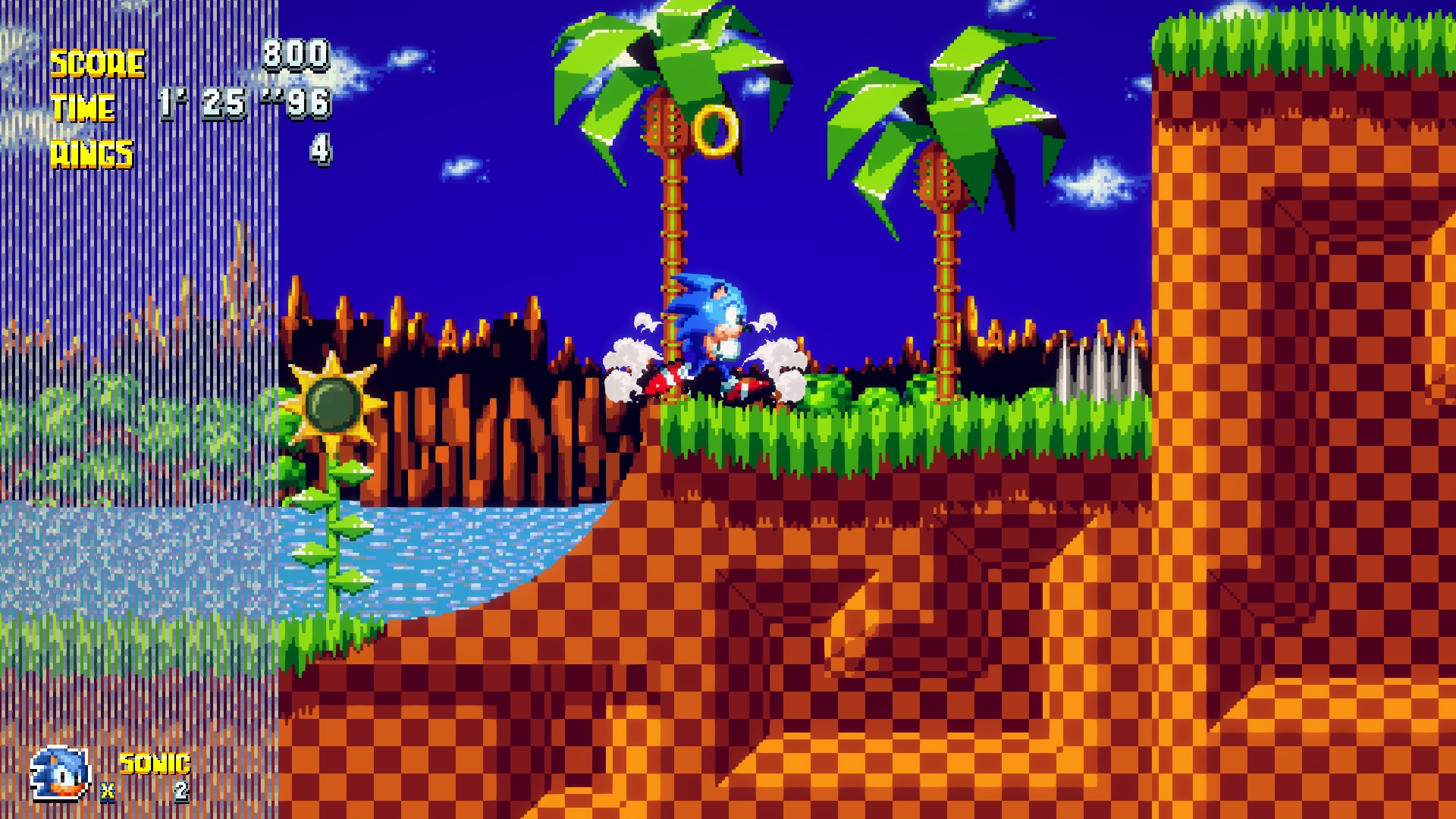 Is there such a thing as an “uncanny valley” for Sonic fan games? If so, Sonic Arcus exists in it. This is a Sonic engine made in Unity, and while it gets the broad strokes down, something about it just feels really… off. Maybe it’s the way the screen feels too zoomed in, or the way the colors don’t feel accurate, or the mixed pixel resolution (the HUD is scaled differently than the rest of the game), or maybe it’s the way the parallax background layers “wobble” a little bit, or the way the 16-bit graphics feel both sharp and fuzzy simultaneously, or the fact that I can’t spin into a ball while running. For lack of a better term it just feels kind of gross. Thankfully, it’s an engine, and not a game, which means it’ll get better — or, heck, you could even make it better yourself! 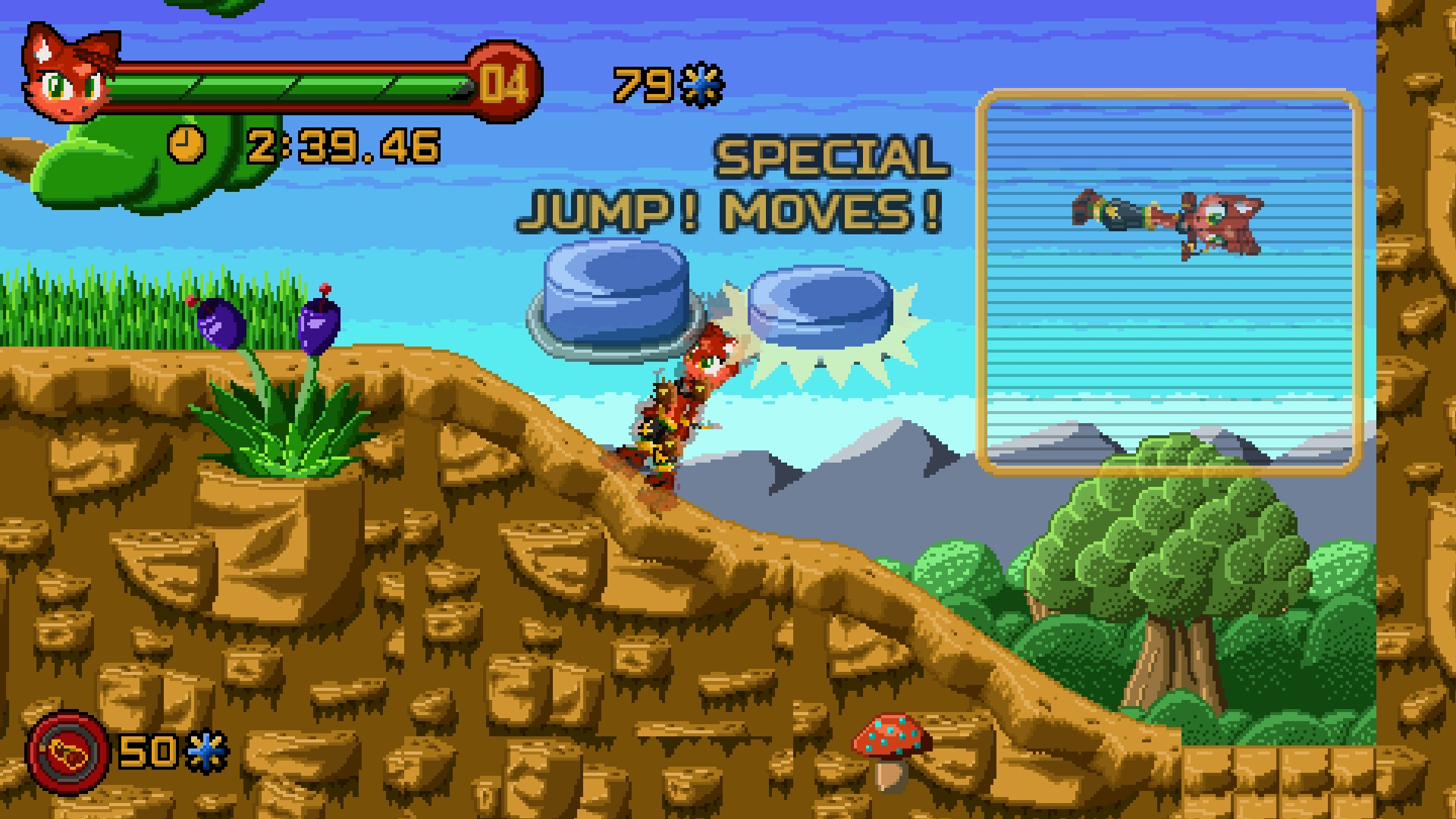 It’s really remarkable the impact a game like Freedom Planet had on the Sonic fan gaming community. This is a game definitely cut from a similar cloth, it’s just a lot rougher around the edges (though to be fair, it’s an alpha). Controls feel really over-complicated. Sonic was a one-button game and Freedom Planet rarely required more than two buttons, but Astral World uses four. Remembering what to use, when, was a major challenge for me, and the big tutorial text plastered through the Volcano Valley stage often didn’t help (“Jump! Special Moves!” it shouts, showing two unmarked button icons). Still, you could do worse, and the music’s decent. Devs might want to replace the Sonic 1up jingle, though. 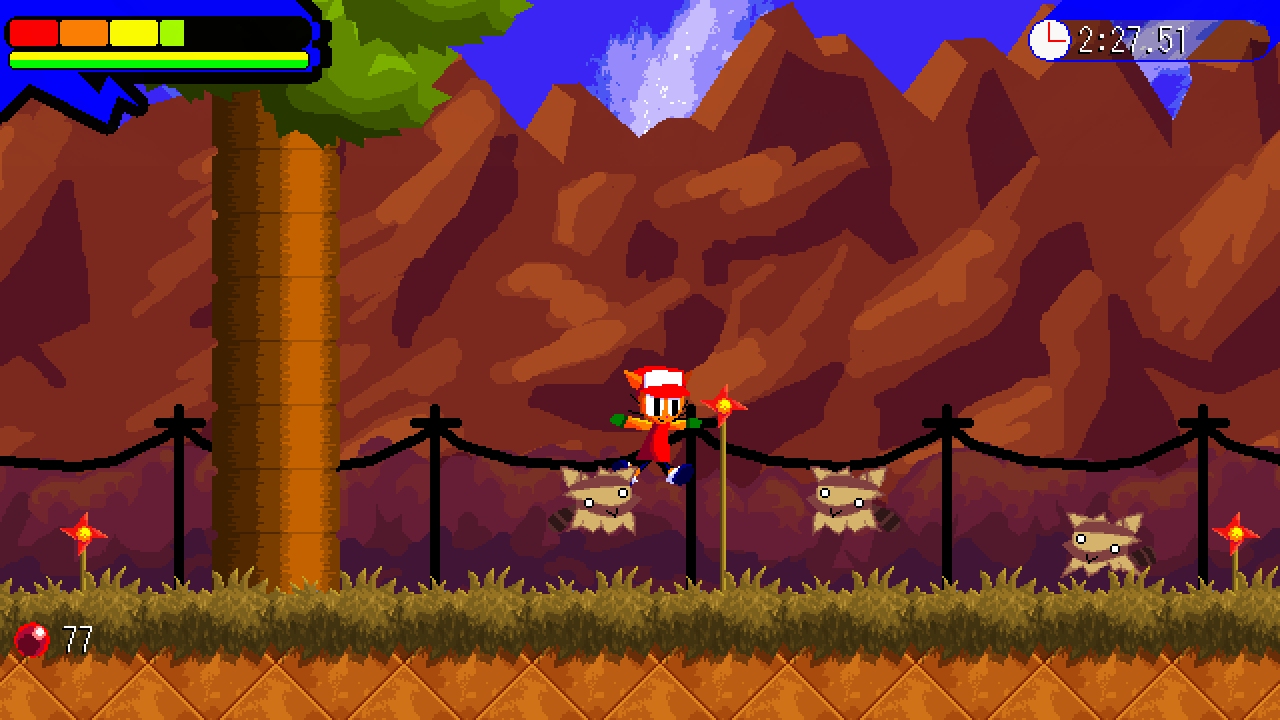 Last SAGE I found myself inexplicably drawn to Dash Cats. The new Dash Cats sports a refined visual style (though I kinda miss the shorter, cuter look) as well as improved level design and game mechanics. And to be honest, Dash Cats still plays pretty well! Dashing around is fun and you’re given enough meter that you don’t have to be too stingy with where you dash. The melee strike is a little weird, though. It needs something, like to push the player forward when they swing. It feels kind of hard to hit enemies sometimes. And then, of course, the big complaint I give everyone when they neglect it: I’d like controller support, please. For these kinds of games, it’s pretty much essential to enjoyment for some. 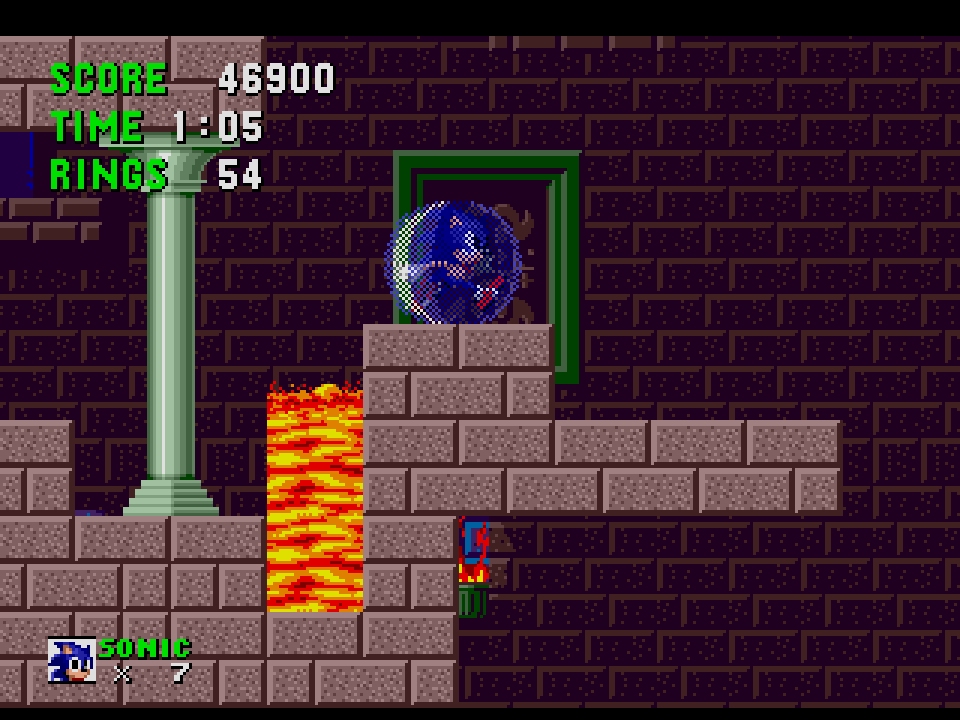 This would appear to be what I am assuming is somebody’s first ROM hack, or at least, one of their first hacks. It modifies the stock Sonic 1 levels to give them new colors, and some new enemy and hazard placements, with the promise that Sonic Dreamscape 2 is already coming soon. I’d like it if levels were a little more different, to be honest, because Dreamscape largely feels like I’m just playing an off-color version of Sonic 1. Most hacks remake the levels entirely from scratch and turn them into wholly new experiences, but not here. Food for thought for Dreamscape 2, I guess. 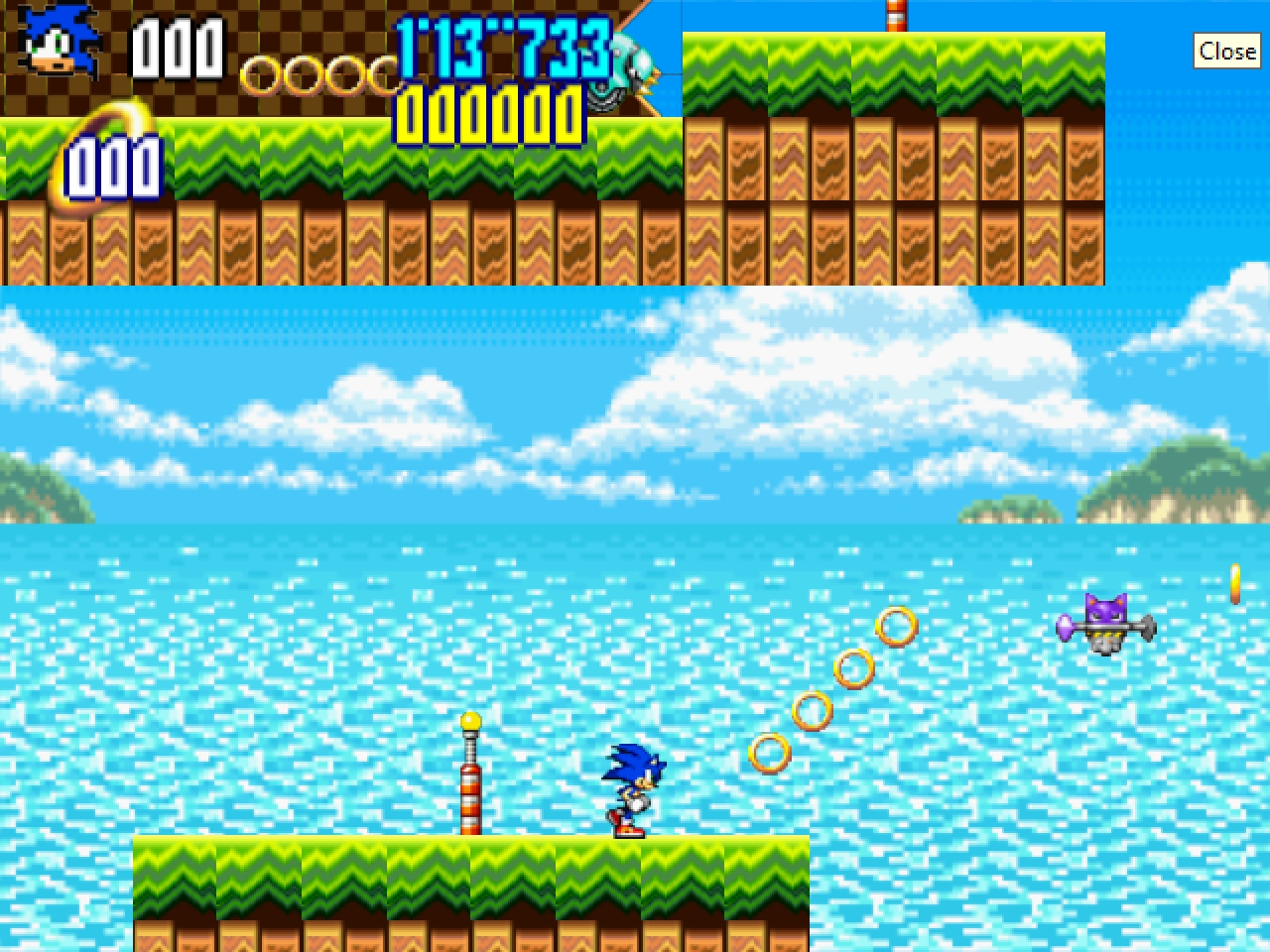 Here’s a bizarre pairing that has unfortunately been given a very unpolished fan game. I think level design is the biggest issue here, with far too many bottomless pits, funky light dash rings, zero-skill homing attack chains, and booster pads that send you directly into an enemy face first without warning. On the plus side, it has controller support, but when I tried to switch to fullscreen it just showed me total darkness (though I suspect that may have been due to shenanigans with FRAPS). Maybe you’ll find some fun in here, but I didn’t. 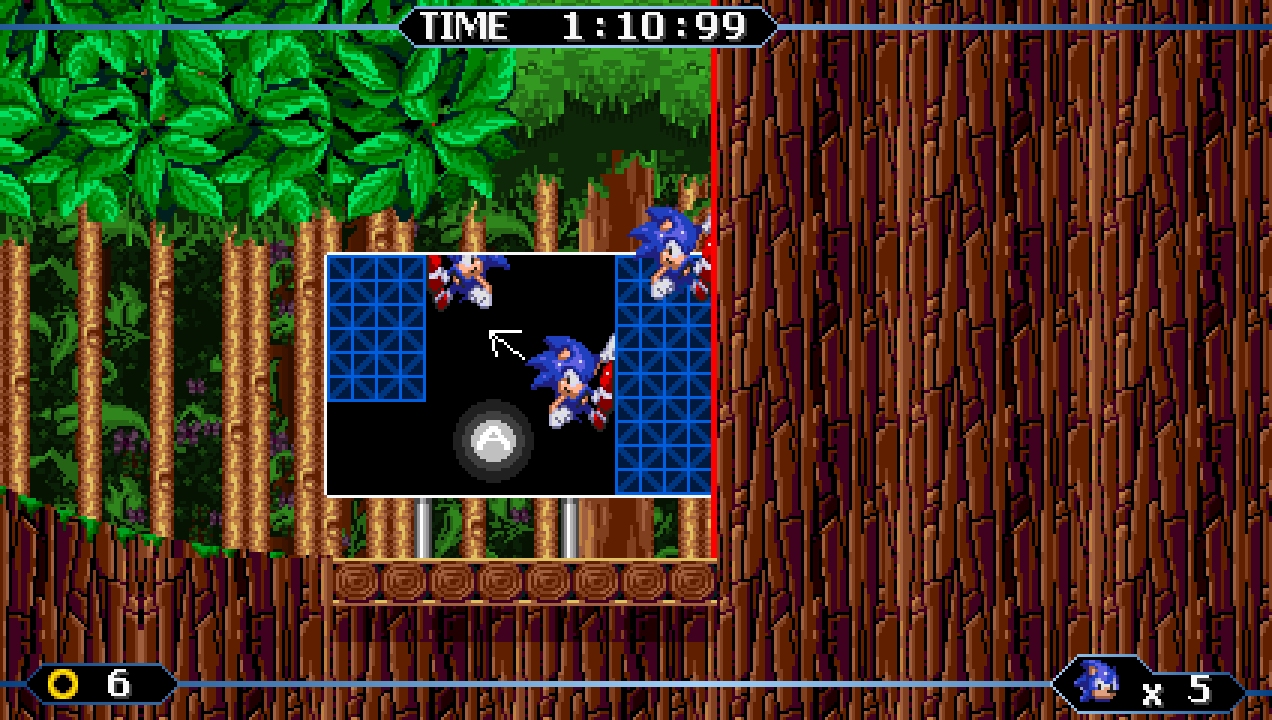 I feel like I’ve been hearing of Project Twisted for a while now, but I think this is genuinely the first time I can recall actually playing it for myself. I don’t know if that just means I’ve forgotten past times I’ve played Project Twisted, or what, but I probably won’t forget this time. Unfortunately, that’s because I got stuck about 90 seconds into Wood Zone and couldn’t progress. Project Twisted expands Sonic’s moveset to include a floaty shoulder charge and a wall jump. Like any good movement tutorial, you’re REQUIRED to use the wall jump at a certain point, and I just can’t manage it. It seems to maybe operate sort of like Super Metroid’s wall jump, but with a timing window even more impossibly strict. The screenshot you see is the one time I actually managed to get Sonic to stick to the wall and stay there — mostly, he’d just play the “stuck” animation for one frame and then fall back to the ground. Kind of hard to write a review on what I presume to be less than half a stage. 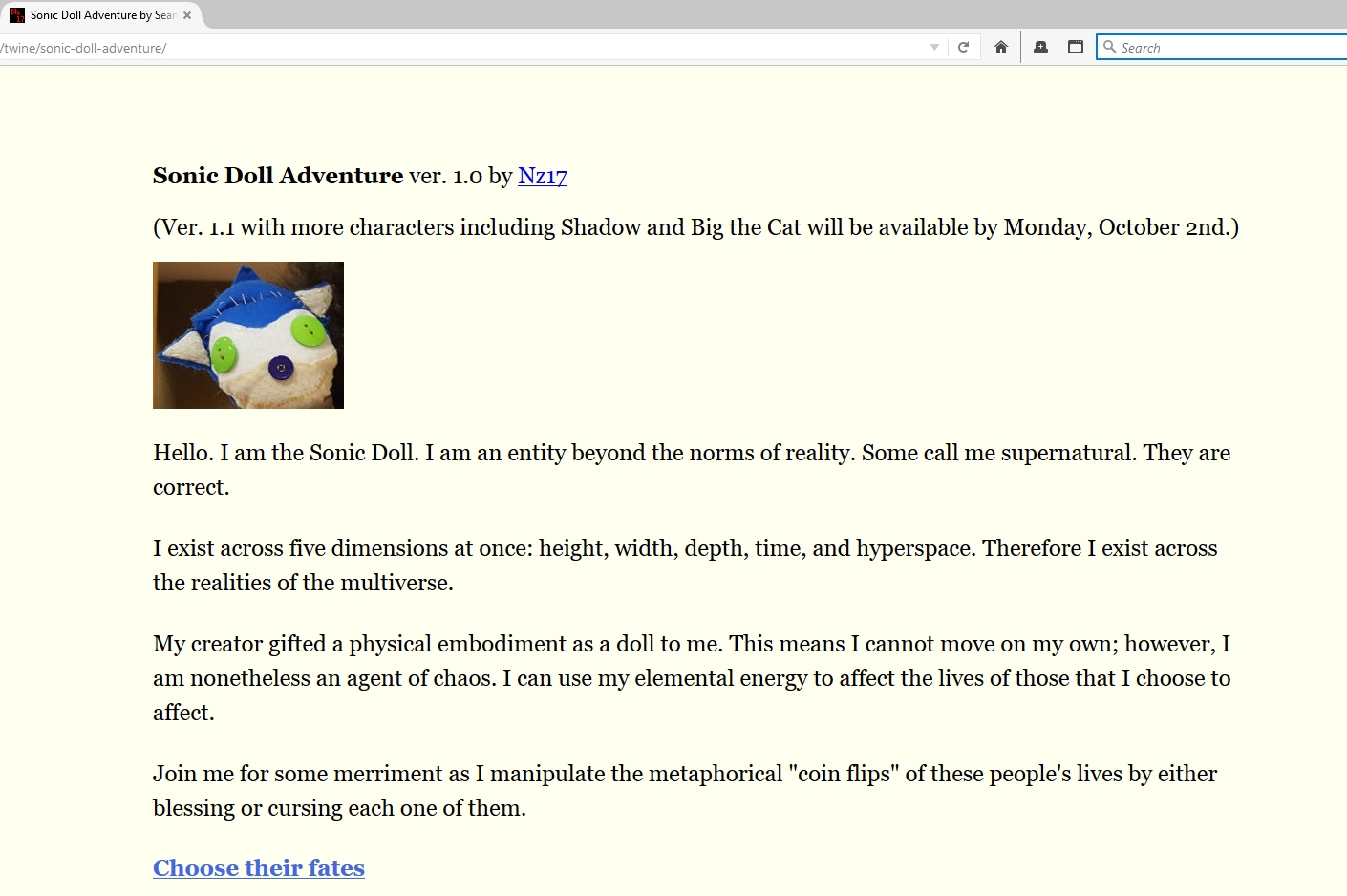 Never in all my time did I think I’d see a Twine game at SAGE. Twine games are basically just choose-your-own-adventure stories written in HTML, but some of them can get very complex — on the same level as a genuine point and click adventure game. Sonic Doll Adventure isn’t that complex, but it doesn’t need to be, because it’s amusing enough just the way it is. I really don’t want to spoil any more than that, but the five minutes it took me to read through this thing was definitely time well spent.

Quick quiz, readers! What number comes after 2? That’s what number will be on tomorrow’s article. See you then!

A Look Into The Sonic Unleashed Play Cover Story