The Art of Running, Bingo the Multvia, Emerald Race, Sonic Panic and More!

Brought to you by the word “weird.” 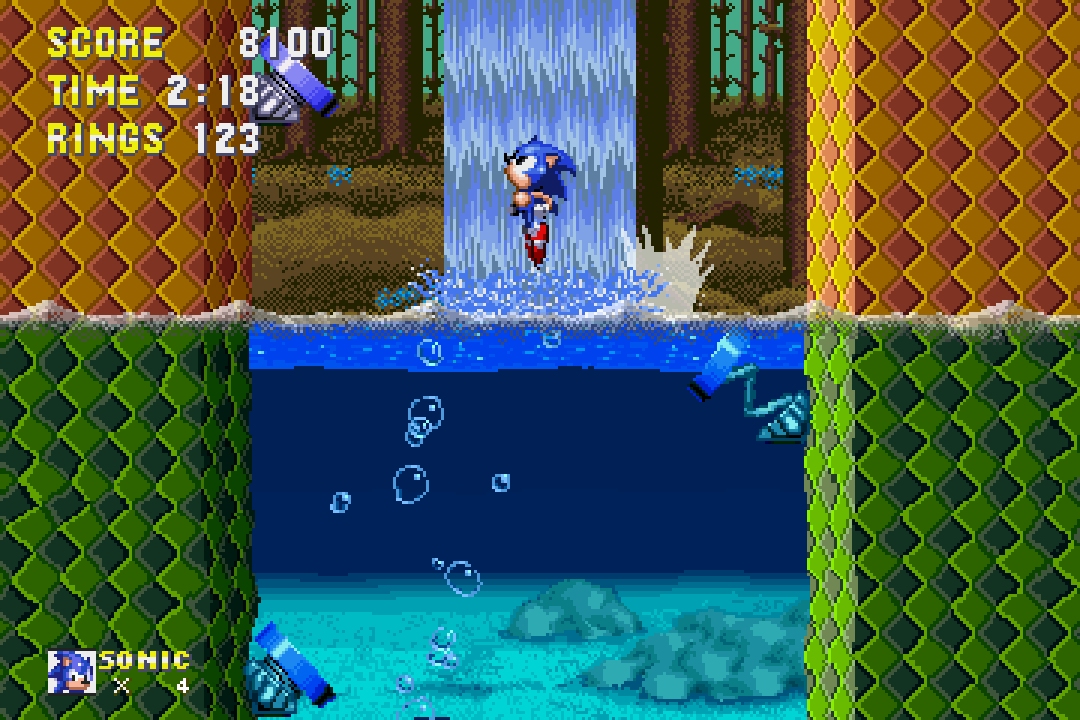 This is one of those games where if I didn’t have other games to review, I probably would’ve sat here and played it for as long as I could have, just chilling out. This is a very standard, very average fan game that’s perfectly serviceable in every way. Level design feels a bit sparse, the sounds need to be more accurate, and the physics aren’t quite right, but none of that gets in the way of this being good enough to just zone out with. I assume the “alpha” ends after you beat the first boss, but given how complete it feels in every other aspect, it just feels like the kind of game I could have unintentionally sunk hours into. 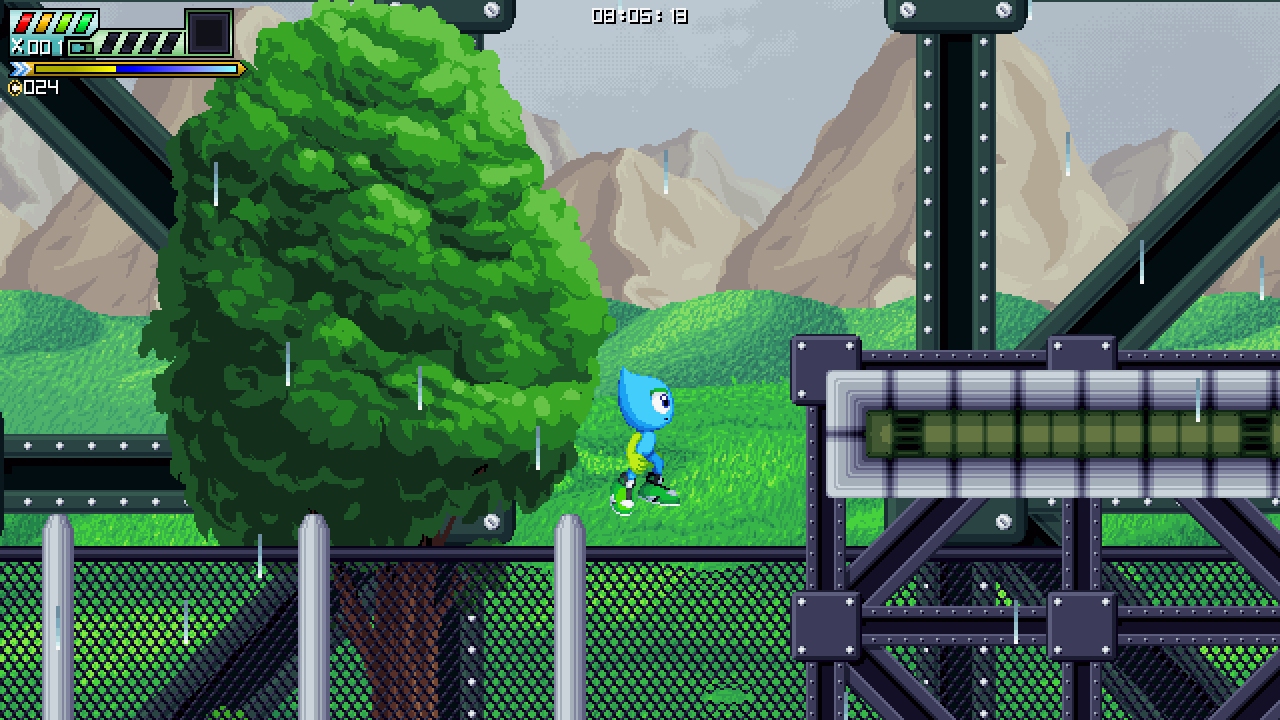 Last year I called Bingo the Multiva the world’s first Freedom Planet fan game. It must’ve taken that to heart, as this year, it returns with some tweaked mechanics. Unfortunately, I dunno how much I’m a fan of this new Bingo. The essential issue is how Bingo attacks — as far as I can tell, he has no direct way to just attack enemies. All of his attacks require him to be moving in some direction — you have to jump to use your flip kick, and you have to be walking forward to use the roll. You can’t let the enemies just come to you, you deliberately have to be on the offensive. This is fine (if a little boring) when enemies are pretty passive, but once the difficulty starts ramping up, dealing with attackers feels kind of awkward. Bingo does retain a dash move, but you have to slowly fill two separate meters before it can be used. I triggered it once on accident and never was lucky enough to get it again. None of this really damns the game, it just could be better. 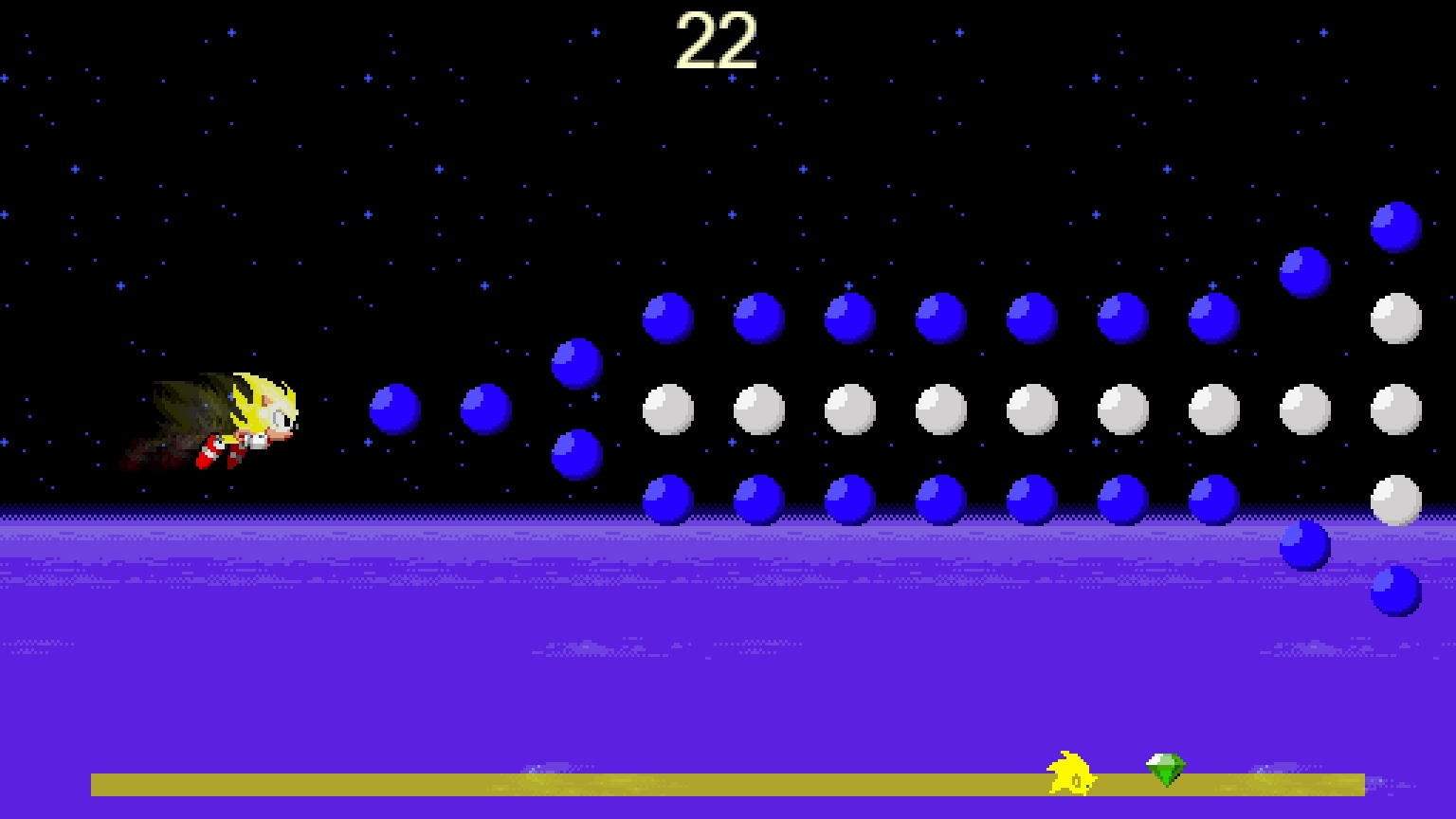 This clever little game takes Doomsday Zone from Sonic 3 & Knuckles and turns it into a Special Stage where your goal is to win a Chaos Emerald (never mind that you’re already Super Sonic, it’s not important). It’s a little bit Sonic Heroes, a little bit Sonic Mania, and a little bit horizontal shmup. Patterns and gimmicks are always evolving, always throwing new twists and challenges at you. It’s simple, but very effective (and tough). Recommended. 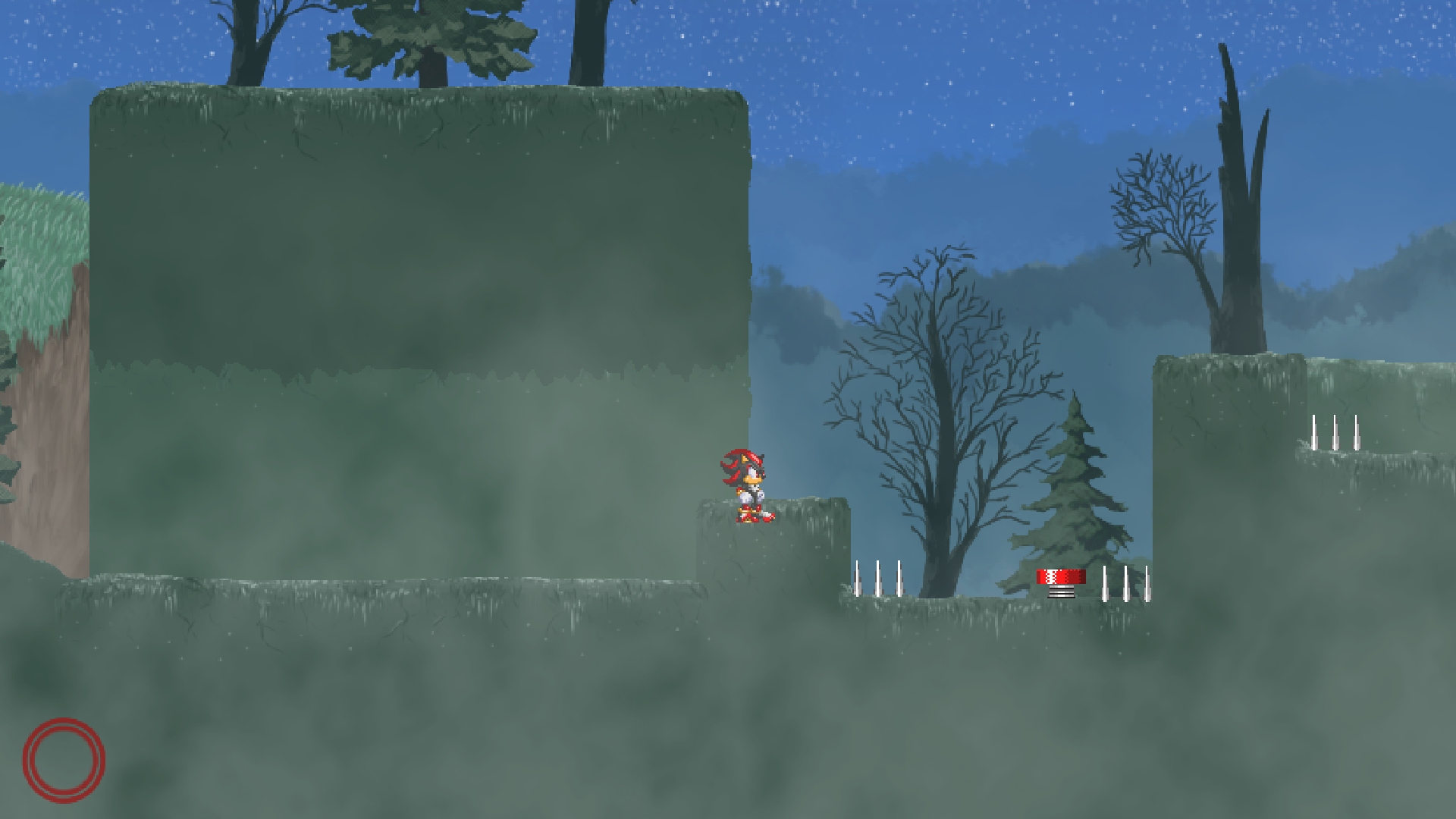 This game has a MOOD, ladies and gentlemen, and it is “please read my LiveJournal, I am the biggest Counting Crows fan.” I’m sorry, that’s actually really rude of me, but wow. This fan game revels in being the most serious take on Shadow the Hedgehog it possibly can be, with an extremely long intro cutscene, dreary colors, brooding music, and a spooky atmosphere. There’s no score, no time, and though you do pick up gold rings, it seems to be the game’s idea of a joke — they’re physical rings, like the kinds you’d wear on your fingers, almost too small to see. They definitely don’t protect you from damage, as should you let Shadow fall into one of the numerous spike pits, you watch him slowly sink into them while a shock-horror sound plays. Eventually you run into brain-shaped enemies that make fart sounds when you kill them. Given how iron-serious the rest of the game is, I tried really hard not to burst out laughing. But maybe that right there is worth the download just by itself. 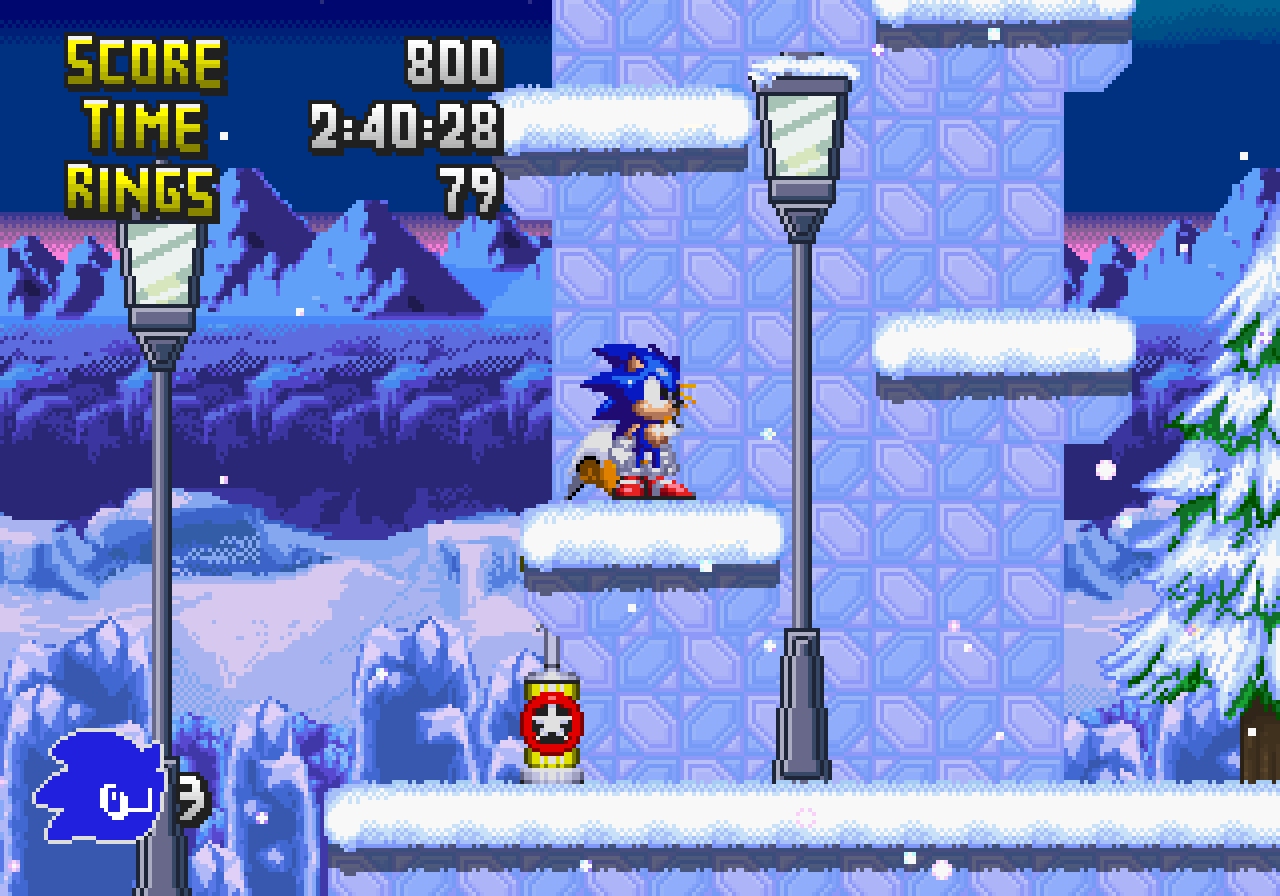 Every single loading screen in this game was met with a GameMaker scripting error. Every single one! Sometimes multiple scripting errors! Click “ignore” enough times and you’ll get where you need to go, but it makes every load screen ten times longer than necessary. The game itself is cute enough, taking on a nicely realized wintery theme. Sonic’s got the Drop Dash from Sonic Mania and some form of wall jump. The level design can feel a little sloppy — there’s a log bridge near the end of Act 1 that looks like Sonic should be able to pass through it, but I had to go all the way back to near the beginning of the stage and take an alternate path to bypass it. By the end of Act 2, I decided I’d had enough script errors and forced the game to close. If those can get ironed out, this might be pretty alright. 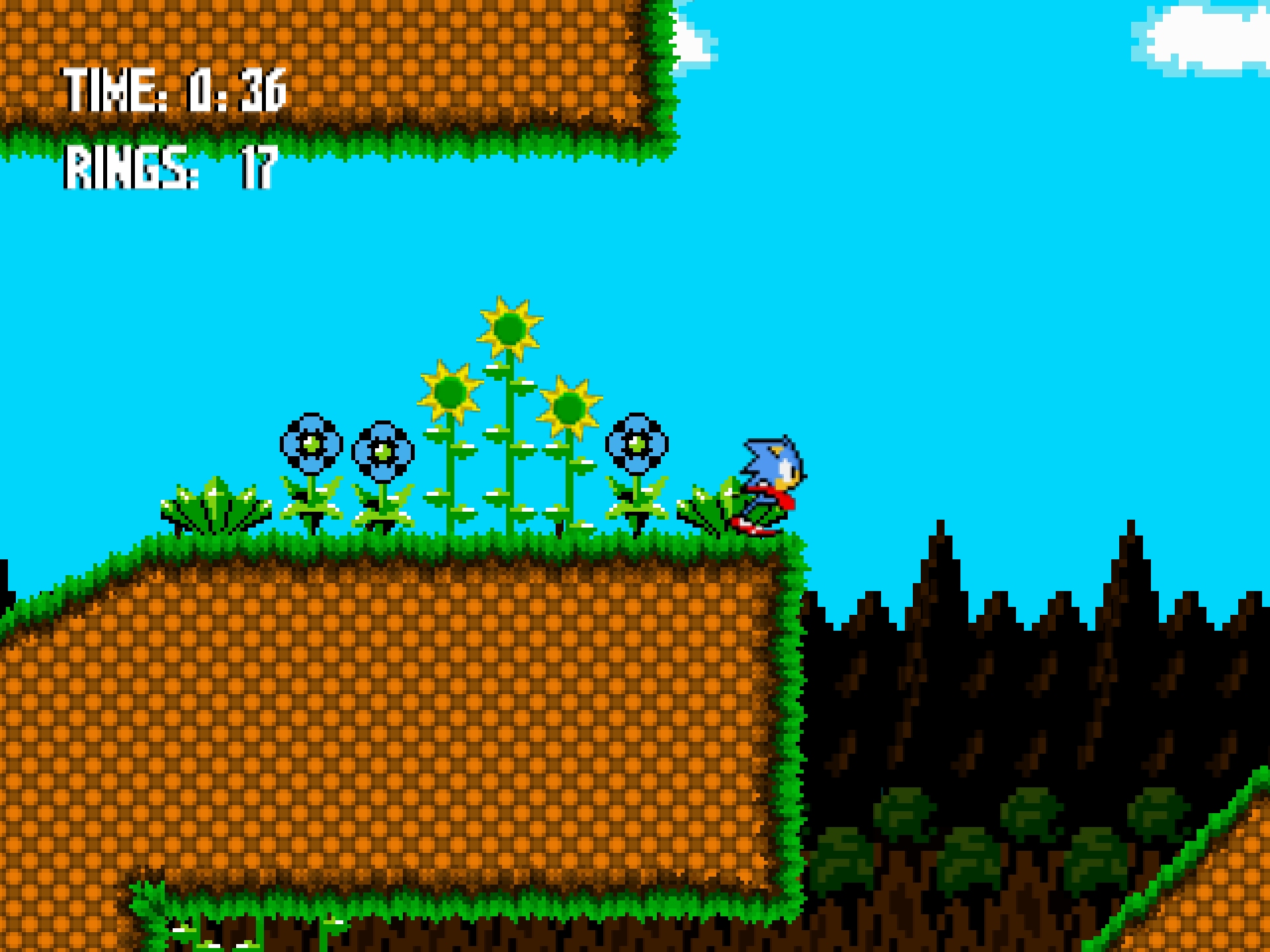 Mixing Sonic Mania with Sonic Generations, this fan game uses graphics from Sonic’s portable adventures. It’s got pretty strong aesthetics, but the gameplay leaves something to be desired. Sonic feels both incredibly heavy and slippery here, like trying to steer a greasy bowling ball. This combines with less-than-solid collision detection, as I managed to spindash right through the floor of a slope. It’s not a bad little game in terms of its ideas, it just needs a little better execution. 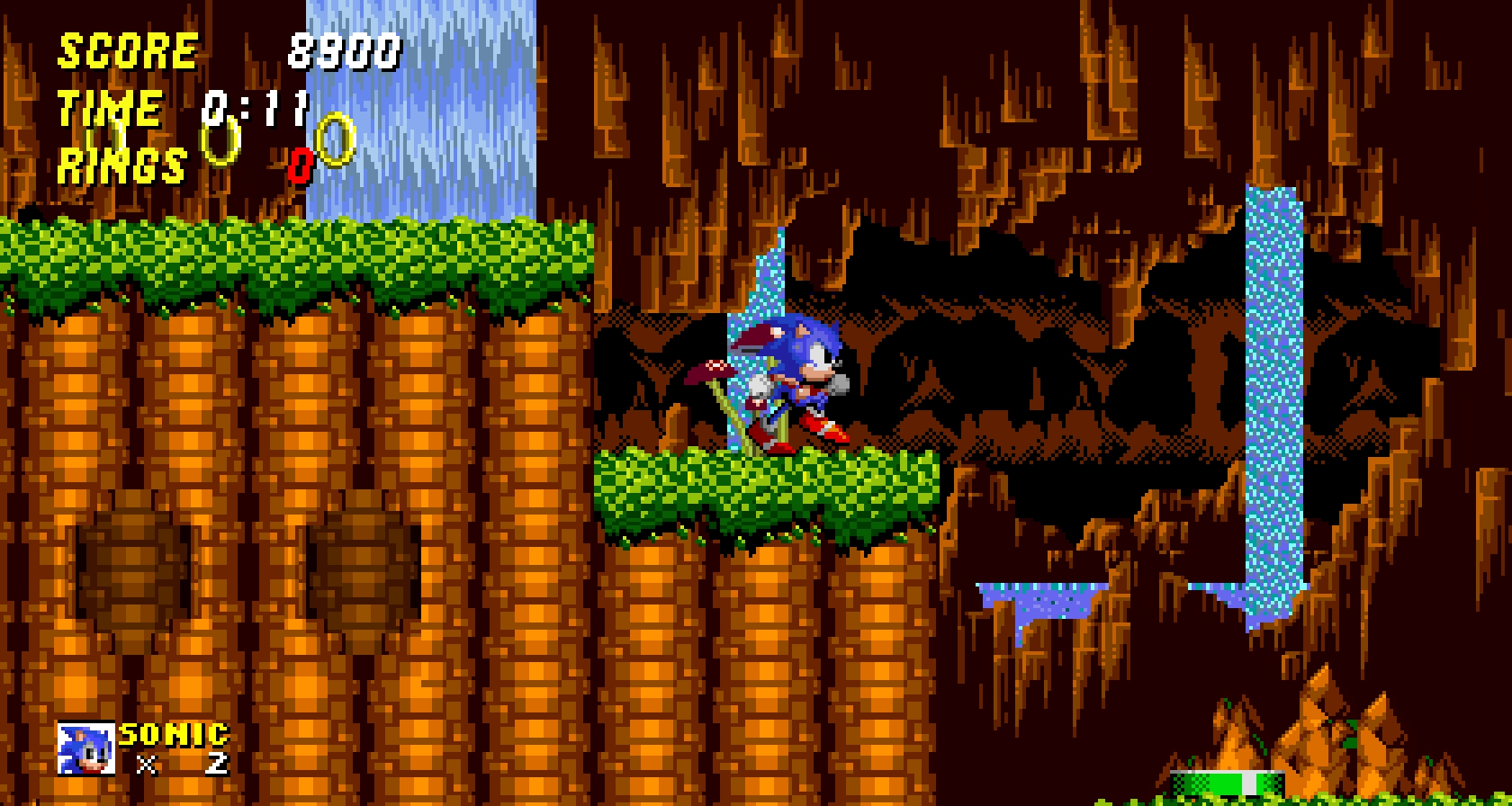 It’s always interesting to see the various different ways people interpret Classic Sonic gameplay. One would think that something like SAGE would get boring, with people making variants of the same few games over and over and over again, but all I have to do is point to something like Sonic Panic. On the surface it’s just another Classic Sonic game, but it’s the finer details that make the difference; the manic house music, Sonic’s jaunty idle animation, and level design that feels like it may have been pulled out of a long lost Amiga game. Sonic has a new ability in this game, which looks an awful lot like Sonic X-Treme’s “SpinSlash.” It doesn’t seem to do anything but play a special animation of the badnik being sawed in half. It’s things like these that set these games apart from each other. Sonic Panic is kind of weird, but sometimes, you need something kind of weird, y’know?

Sonic the Hedgehog – The Home Saver 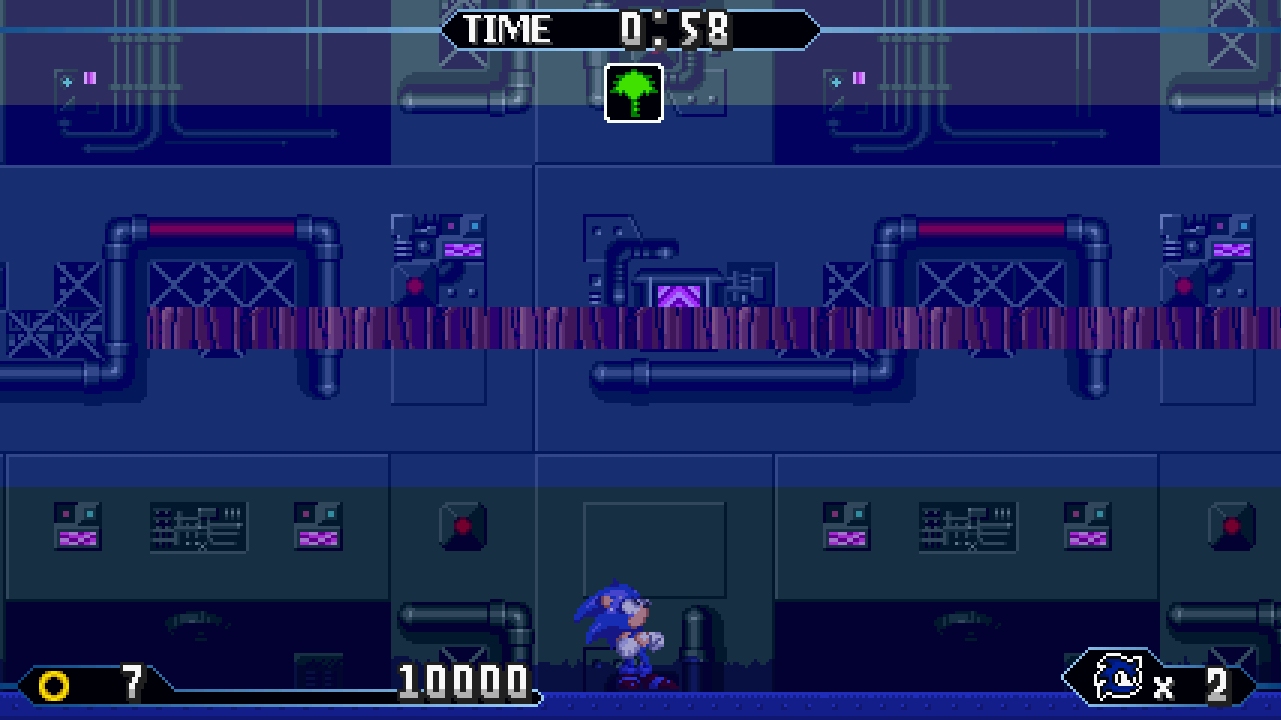 Sonic Panic’s weirdness gave that game some flavor, but here, it’s just straight up weird for the sake of weird. The game opens with Windows error noises (on purpose), has logos for two different types of Sonic Worlds engines, and lets me pick levels from its Level Select menu but won’t tell me why some of them can’t be played. Okay, so I pick Scrap Brain Zone… which has random Wood Zone tiles in it, for some reason? And a remix of Carnival Night Zone’s music? And this weird three-tone screen overlay? And no enemies? But for some reason I’m collecting those keys from Pyramid Cave in Sonic Adventure 2. By the time I reached Act 2 (which does have enemies), I fell into a pit full of gas that slowly drained my rings until I reached 0. There was no way for Sonic to get out of the pit, so I figured maybe once my rings were gone, it’d kill me. Nope. I was just stuck down there. Forever. Believe it or not, things only get more difficult from there. Weird, man.