The Sonic announcements from IDW have already begun. Tracy Yardley! is going to be part of the IDW Sonic crew. And we have (finally) gotten our first look on the art of the comics. All the info is down below.

What’s up Sonic Comics Squad?! We’re here to show off one of the OFFICIAL covers for issue #1 of IDW’s Sonic the Hedgehog comic series, featuring the return of beloved Sonic artist Tracy Yardley!

Tracy Yardley! began his career in 2005 with fellow SCAD alum, Nate Bowden on Tokyopop’s original manga series,“Riding Shotgun.” At the same time, he began his long run (pun intended) on the various “Sonic the Hedgehog” titles published by Archie Comics alongside Ian Flynn, and is currently producing art for Archie’s new “Cosmo” series. He has contributed to “Hero Cats of Stellar City” from Action Lab Entertainment, and has produced scripts and pencils for the forthcoming “Galaxy Man and Cosmic Girl.”

Now Tracy is back on board once again with Ian Flynn at IDW Publishing; ready for new and exciting adventures with the blue blur, Sonic the Hedgehog! 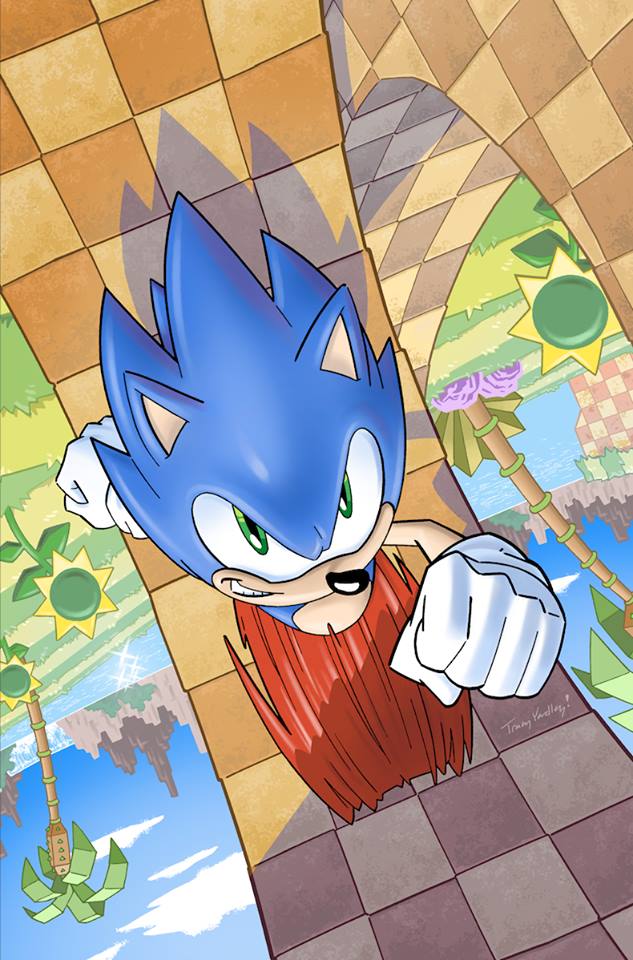 Tracy has already commented about the matter in the FB group and on Twitter. On Facebook: “Glad to be back! Thanks everyone, it’s been hard holding in the news“. And here’s the tweet:

IDW’s David Marioette in the Facebook group: “YOU GUYS! THIS IS IT! THIS IS YOUR FIRST PIECE OF INFO!”