The newest issue of comic distributor Diamond Comic’s industry magazine PREVIEWS focuses attention on IDW’s forthcoming Sonic series. Diamond revealed the cover days ago, showcasing gorgeous art featuring new character Tangle the Lemur from experienced Sonic artist Tyson Hesse. The biggest news contained within is an early look at the Sonic-focused pages within, including a peek at the as-yet-unrevealed cover for Sonic #3. 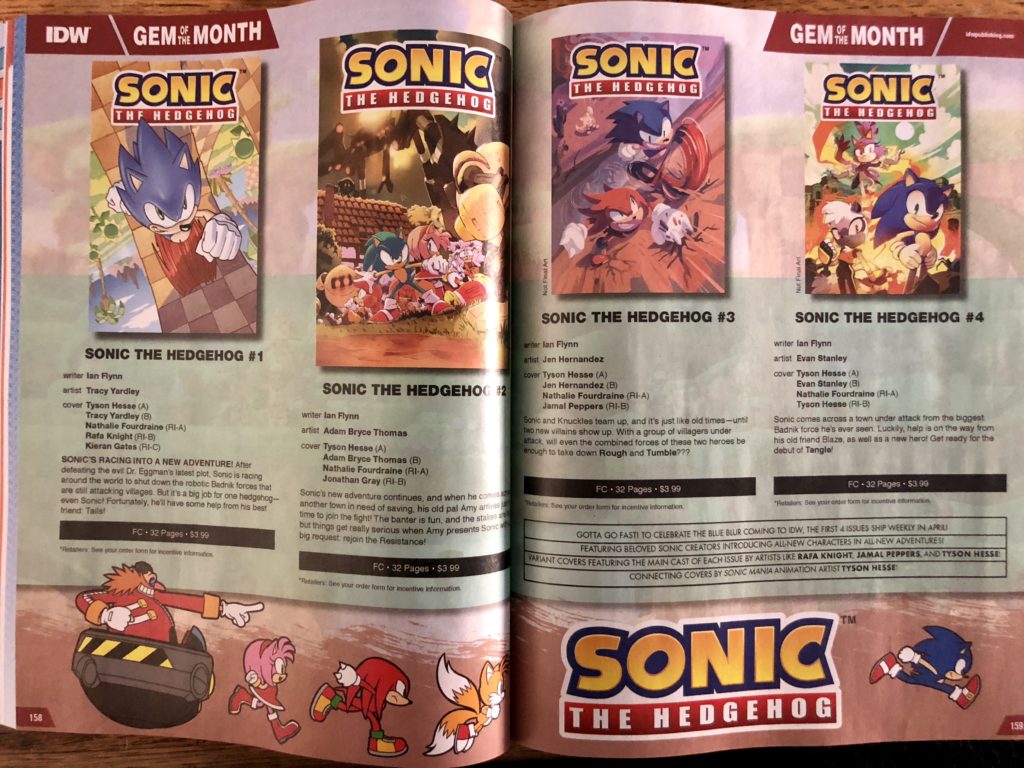 Accompanying the cover, a two-page spread within the magazine advertises the first four issues as a “Gem of the Month,” a label applied to comics that Diamond uses to advise local comic stores of the month’s biggest releases. A closer look reveals a Sonic and Knuckles cover for issue 3 with art from Jen Hernandez. As with much of IDW’s Sonic talent, Hernandez has ties to Archie’s Sonic books, having done covers and pencils for various issues throughout the Shattered World Crisis arc. Most recently, she was responsible for the unreleased “Kooky Kitchen” variant cover for Sonic #294, the final issue Archie solicited before announcing the book’s hiatus and subsequent cancellation. Hernandez has also done art for IDW’s long-running My Little Pony series.

IDW’s Sonic series begins in April, with four issues shipping each week. The covers revealed so far are the (B) variants by established Sonic artists Tracy Yardley, Adam Bryce Thomas, Jen Hernandez, and Evan Stanley. The book’s debut will be accompanied by a handful of variant covers by the likes of Rafa Knight, Kieran Gates, Jamal Peppers, and new artist Nathlie Fourdraine, with the main Tyson Hesse covers coming together to form a connected image. 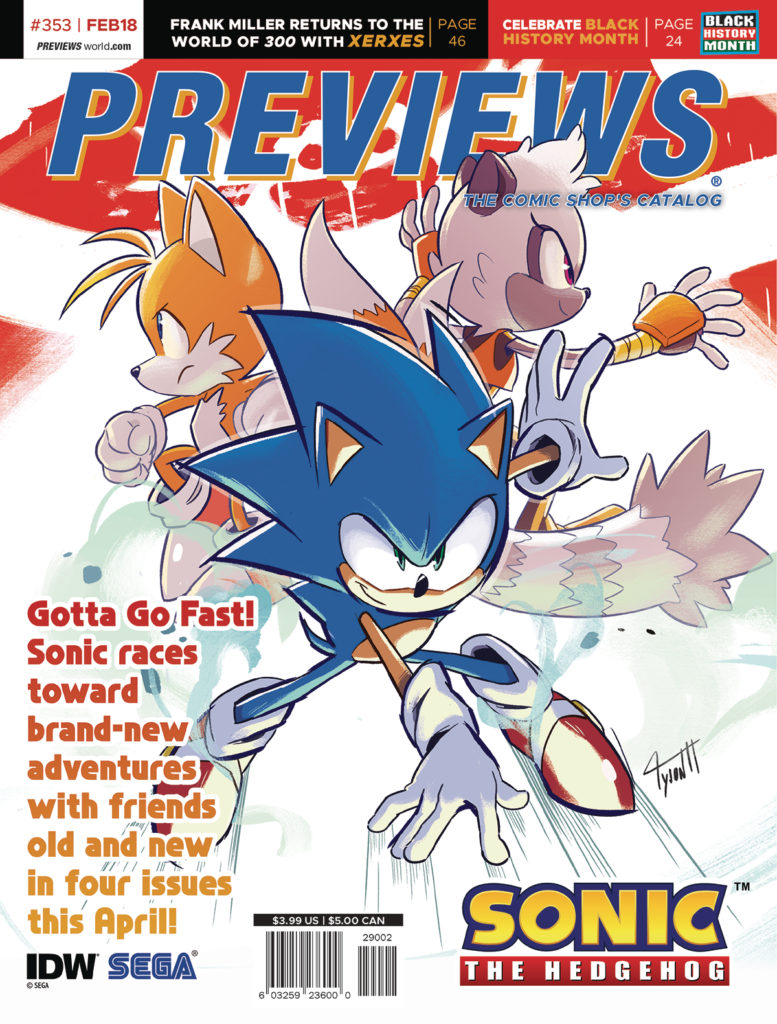