IDW has dominated Sonic’s 2018 so far. And this is showing no signs of stopping, as the comic continues to get going. Well, we have solicitations for issue #8, and Silver’s back:

Hush! You hear that? It sounds like Sonic’s racing off to another adventure and he’s not alone! But who is this “Guardian Angel” and why does everybody talk about her in a Whisper?

The evil genius Dr. Eggman has been foiled—but the work of Sonic the Hedgehog isn’t over yet! In the aftermath of the latest epic battle, rogue robots continue to attack small villages around the world. In order to succeed, Sonic will need the help of his friends Tails, Knuckles, and Amy, along with some new and surprising allies. This new collection from acclaimed writer Ian Flynn features the blue blur like you’ve never seen him before. Gotta go fast!

Bullet points:
• Advance solicited for September release!
• Join the Blue Blur for brand-new adventures as he and his friends race around the world to defeat the evil Dr. Eggman’s robotic forces! 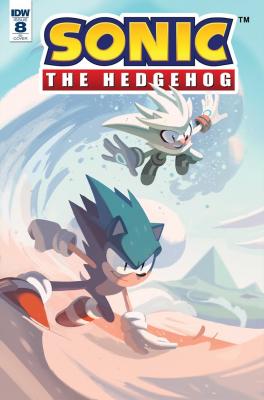 Race to 180: Another Player Close

Day One Update Added to Sonic Lost World Wii U