You gotta climb that mountain one rock at a time. Here’s 12 more rocks. 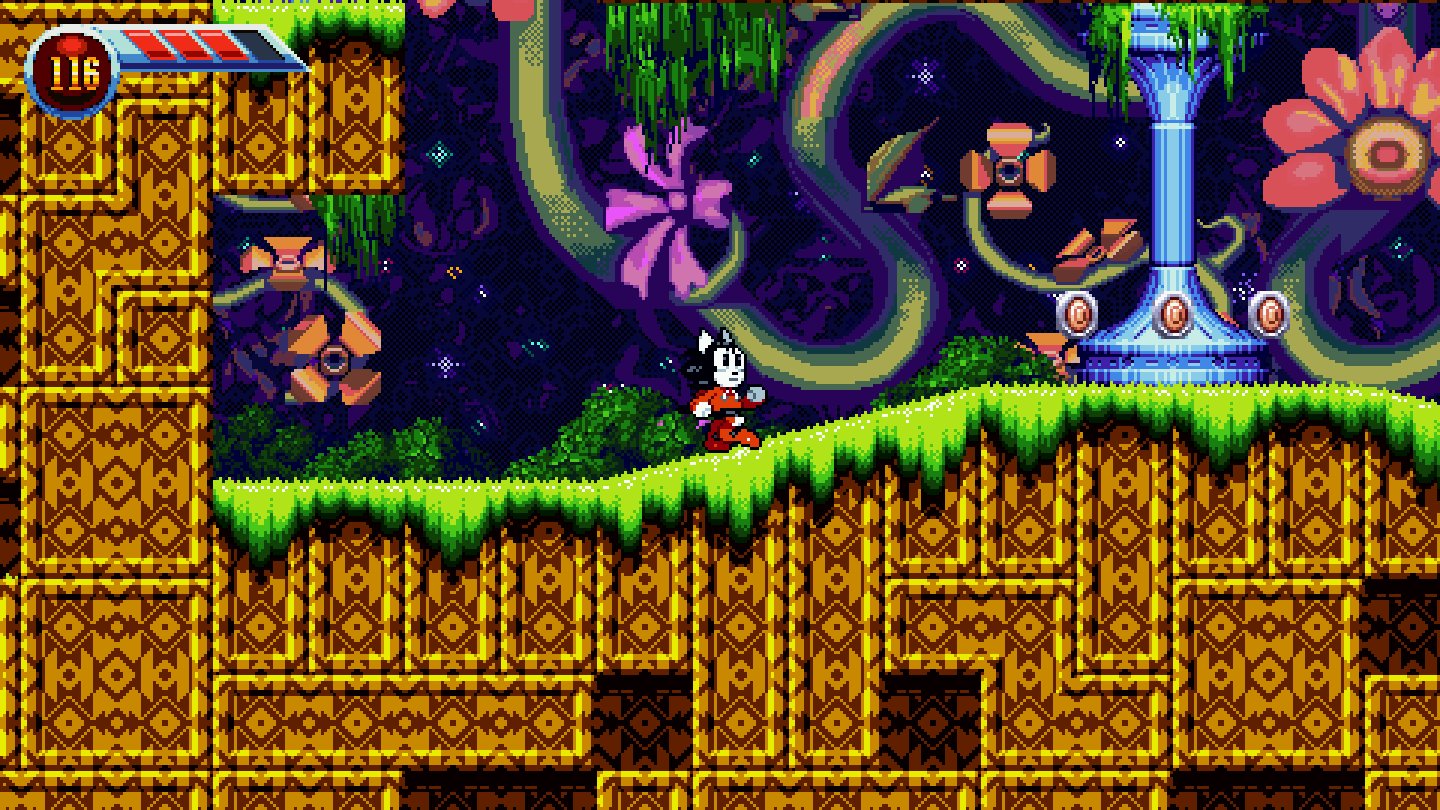 Kyle and Lucy is another Sonic fan game in disguise that’s clearly trying to parlay a love of Sonic the Hedgehog in to something that isn’t actually just a Sonic fan game. But whereas most of those other games (Freedom Planet, Spark, etc.) add a bunch of new abilities and playable characters, K&L is going the opposite direction and aiming for more simplicity. Both characters have roughly the same move set: the ability to climb, a double jump ability, and the ability to rev up and shoot off akin to a spindash. And, at least as far as this demo is concerned, that’s it. In retro games of yore, a simplistic moveset meant level design had to pull double duty providing interesting mechanics for players to interact with. It’s a bit early to say if K&L will hold up for a whole game, but this demo’s quite fun and the sprites look like the most gorgeous Sega Genesis game you never got to play — lots of high contrast and deep colors. It’s more than worth the download. I’ve got a good feeling about this one. 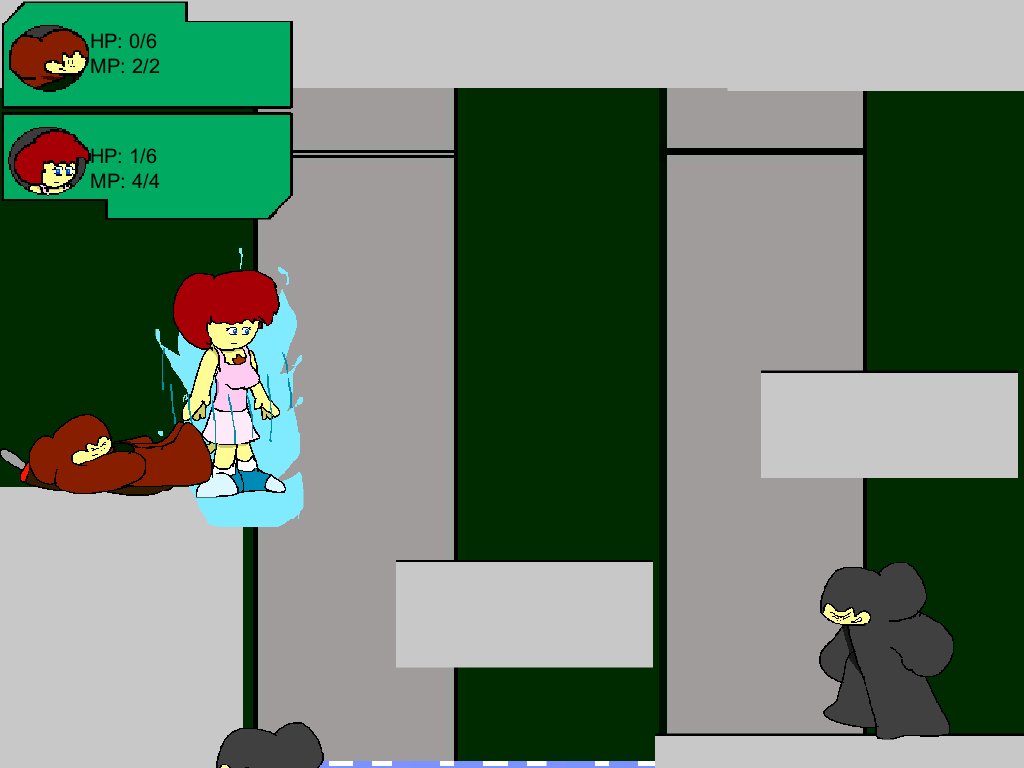 Lloyd the Monkey is one of those games where I kind of saw pieces of myself. On top of that, making games isn’t easy, and making games where you draw 100% of the graphics yourself is extra difficult. So to see Lloyd the Monkey 2 here, written in Unity no less, is impressive. The original game was written in Java, I believe, so the step up to Unity is an improvement on basically all fronts. And so is Lloyd the Monkey 2, which adds multiple hot-swappable playable characters and light RPG mechanics. You go, Lloyd. 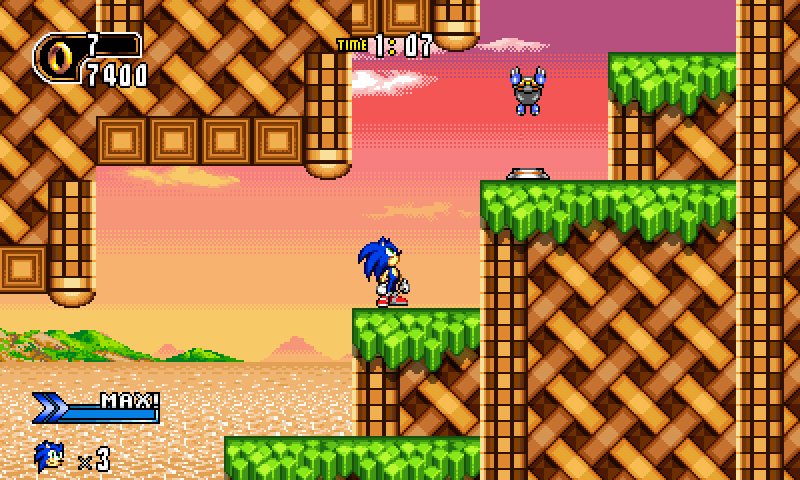 It takes all kinds to make a community, I guess, and this person apparently really liked Sonic Advance games. Now, that in itself wouldn’t be a problem; Sonic Advance 1 is fine, and Sonic Advance 2 is one of my personal favorites, but this game borrows most from the less-liked Sonic Advance 3, with a very similar hub world structure and some similar level themes. All-Stars even goes out of its way to try replicating the Dimps-style of level design, which means you’re going to be running in to some unfairly placed spikes and accidentally stumbling in to a lot of bottomless pits. It’s a formula that sold around a million copies of a video game, but it’s not really my style. 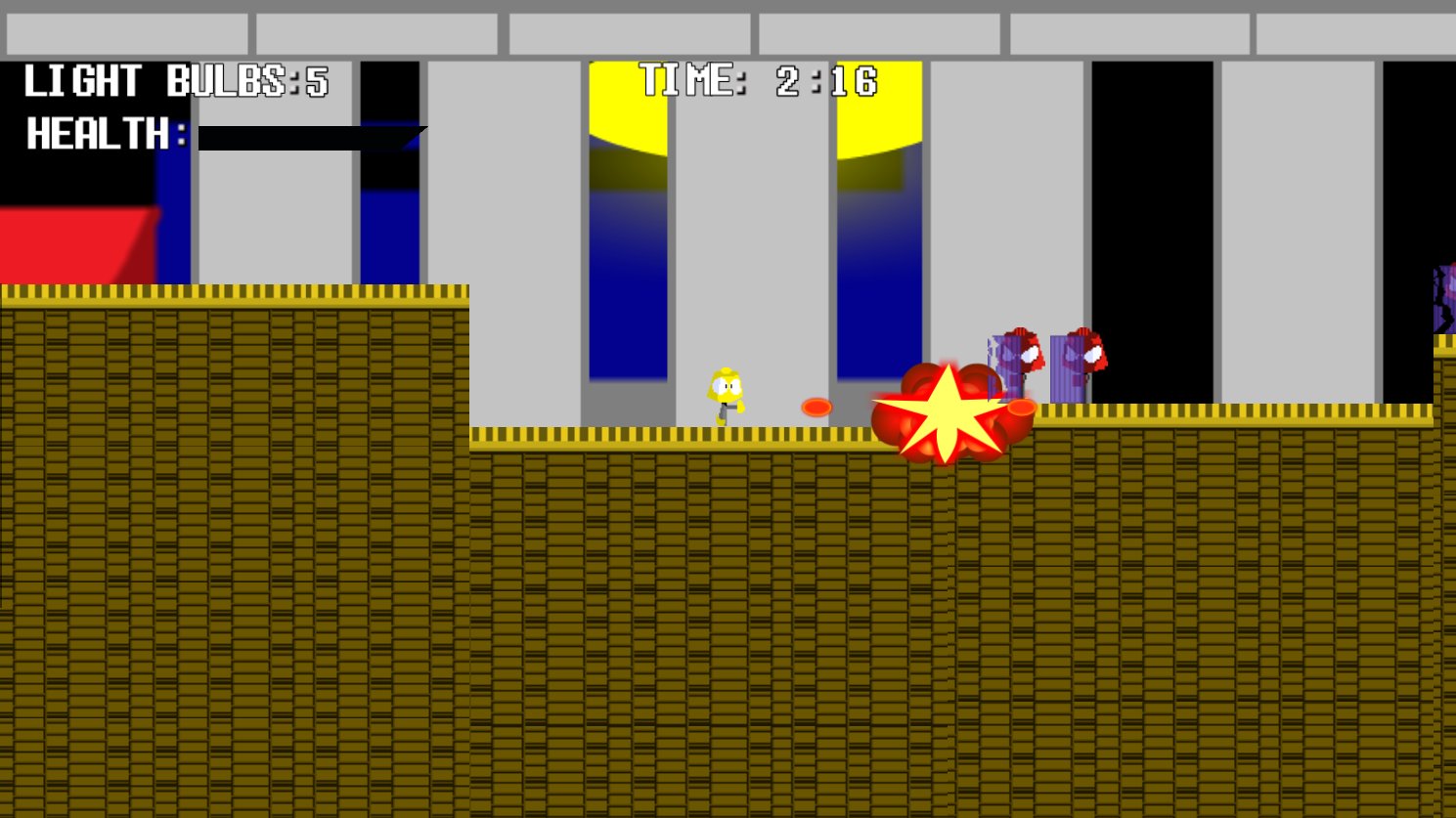 So this is a Mega Man clone where you… play as a good guy lamp as he fights to save the world from DarkLamp. I mean, really, I could probably stop the review right there. LampMan is far from a perfect recreation of Mega Man, though. Your bullets seem to travel indefinitely, meaning if you mash the fire button, there’s a good chance you’ll wipe out all the enemies that are in front of you for the entire level. Which is to say LampMan also has a level design problem. Mega Man games have all kinds of elevation changes and ladders to climb and a lot of LampMan’s levels are kind of flat, with enemies that don’t pose much of a threat at all. It’s a cute idea, at least. 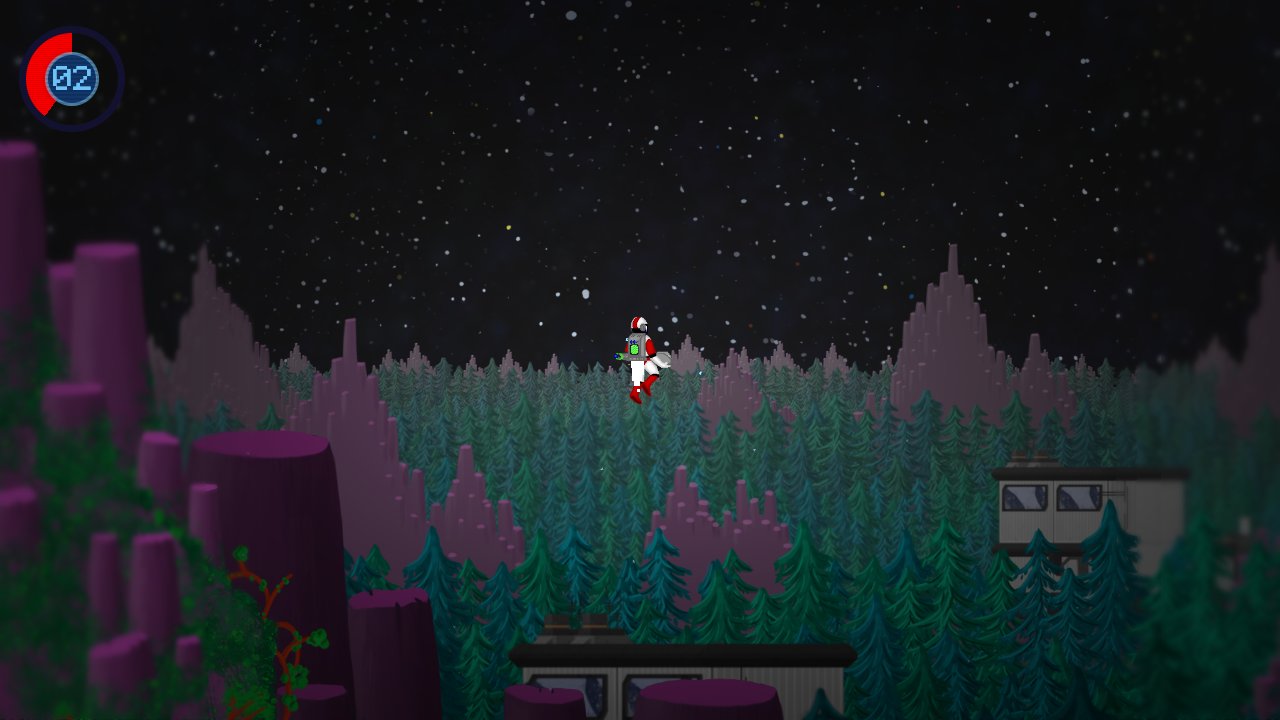 I’m surprised by the growing number of original indie games using SAGE to promote their stuff. Here we have Petrichor, a game which has absolutely nothing to do with anything even resembling Sonic the Hedgehog. Instead, you’re dropped on to an alien planet as a spaceman permanently strapped to a jetpack. Death comes swiftly as you drift around this hostile world; even just one or two enemies are enough to get the drop on you if you aren’t careful. Hopefully you have an appropriately itchy trigger finger. Petrichor definitely has a really cool style, with appropriately atmospheric music and a generally creepy vibe. Combined with the massive amounts of damage enemies deal and the pitiful amount of healing you get from pickups, it really drives home a hopeless feeling that I kind of dig. Nature can be scary, and nature on an alien planet can be even scarier. Definitely give this a look.

Blockoverse – The Legend of the Pix 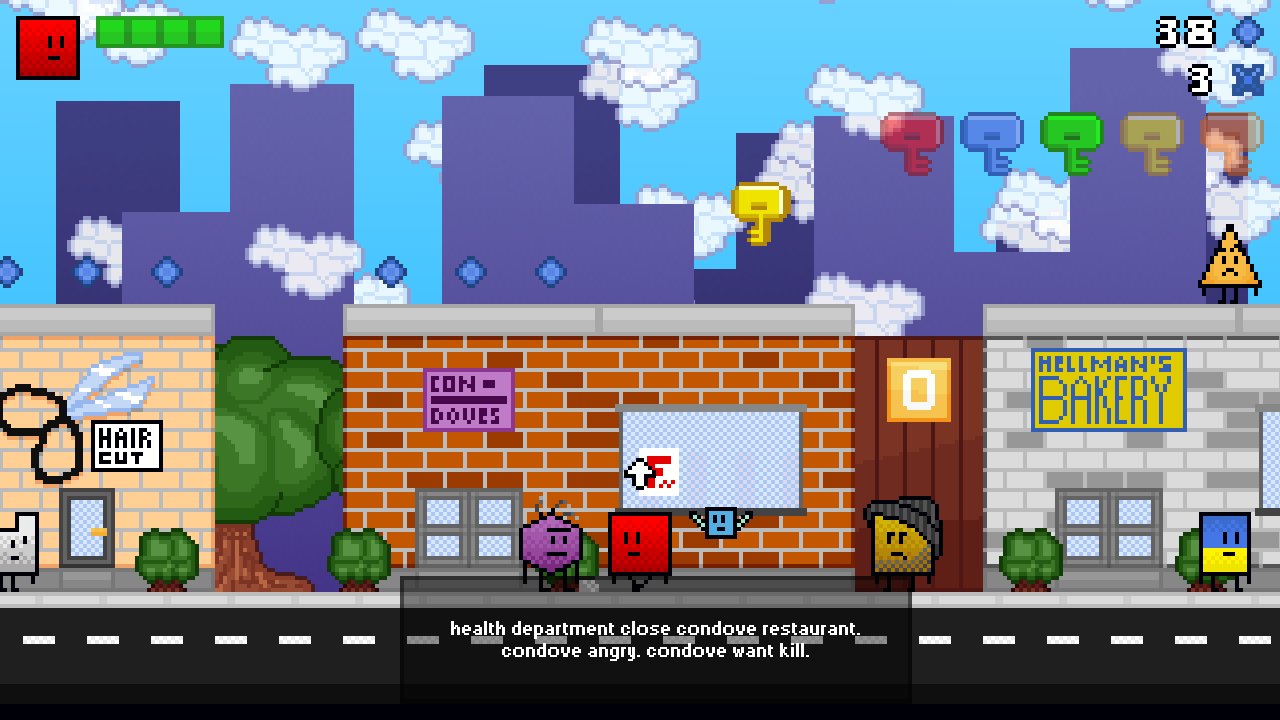 Here’s a charming little game where you play as a block in a city full of other geometric citizens. Unfortunately what it has in charm it kind of lacks in gameplay. It’s not that Blockoverse plays poorly, mind you. The included level is a bit basic, but it’s not terrible. The controls are definitely responsive to a point. But… it’s just so… slow. You can’t run, only walk, and your character jumps like he’s on the moon. The game is designed around this, so it’s not really frustrating or anything like that, but it does give the game a very sleepy pace. I can definitely see how that would be some people’s thing, but I don’t think it’s for me. 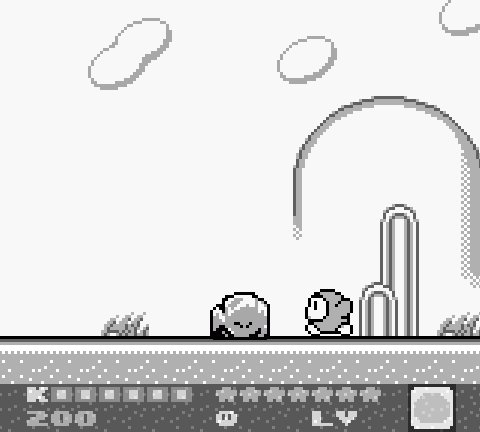 Coming from the same developers as Gamble Galaxy Stories, I was suddenly very interested in this demo, given how surprising their other Kirby game was. KDL+ is merely okay. Don’t get me wrong, it certainly looks and sounds exactly like Kirby’s Dream Land, with the added benefit of copy abilities, but there’s only one level, one copy ability, and it’s over in about two minutes. Even by the standards of SAGE, an event typically full of early demo games, these are some slim pickings. 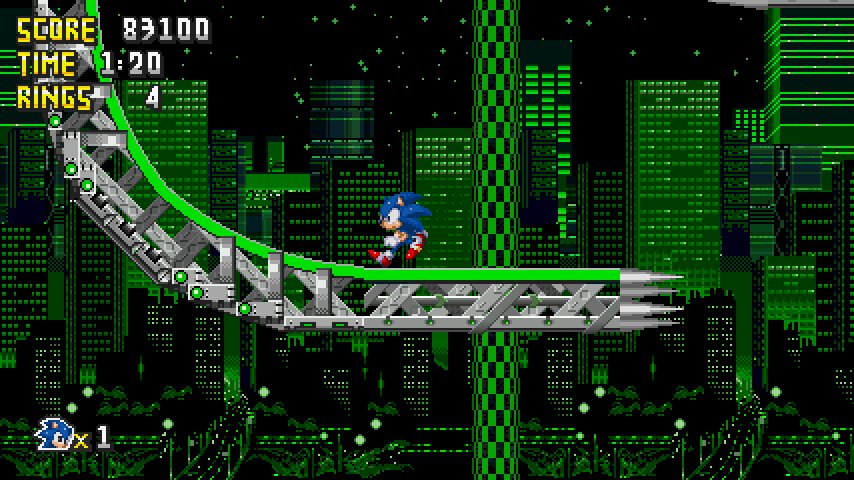 Sonic Fever represents what feels like a dying breed at SAGE: the completely average, totally normal Sonic fan game. I mean, sure, we’ve had Sonic Pursuit and Sonic Frost, even Sonic Chaos technically, but as of today’s article I’ll have seen over 35 games, and these sorts of games are sort of becoming the minority. Granted, 35-ish games still isn’t even half of what’s at SAGE this year, so maybe there’s more I just haven’t gotten around to yet. Either way, Sonic Fever is fine. Sonic: Before the Sequel and After the Sequel were clearly the inspirations it drew from, but there are a few too many big drops and steep bottomless pits for my tastes. It’s not bad, though. 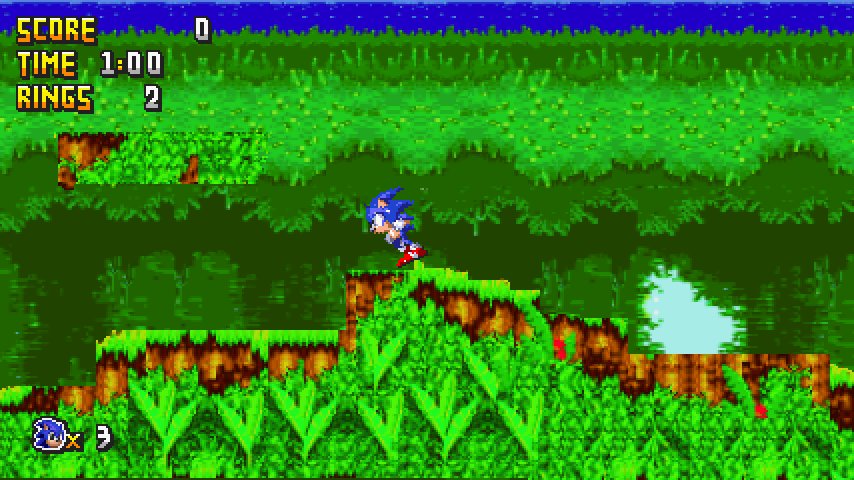 Well, folks, Sonic Journey tried. It tried to have original music. It tried to implement Sonic Mania’s tag system from Encore Mode. It tried to have cutscenes, and to recreate the opening area of Angel Island Zone. It, presumably, tried to include a boss fight. I wouldn’t know, because a glitch automatically kills me, instantly, when it loads the boss fight. Angel Island Zone also uses blurry graphics rips and lumpy slopes. The included cutscene is so short and blunt it’s kind of baffling. The original music brings to mind “Crazy Bus” on the Sega Genesis. The Sonic artwork on the character select screen doesn’t match how he looks in the game itself. And I never even got to try the tag system. Oh well, you know what they say: “Sucking at something is the first step to being sorta good at something.” You can always try again. 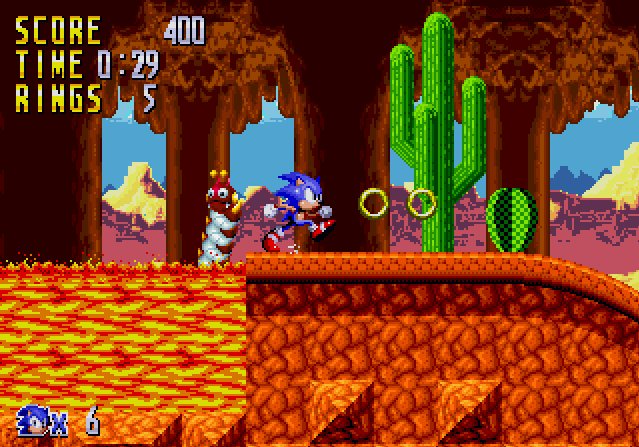 I guess I did speak a little too soon, because here’s another game that ranks in the same category as Sonic Fever: the completely fine, totally passable, definitely-fun-but-not-top-of-its-class Sonic fan game. What is uncharacteristic about this game versus its peers is just how much content it’s offering up for a demo. Five zones are included, all in various stages of completion. For comparison, the first Sega Genesis Sonic game had six zones, so this is already approaching a completed game in terms of content. Some of the level themes are pretty fun, too, like stopping over at Diamondius from Jazz Jackrabbit. That’s probably worth a download, right? 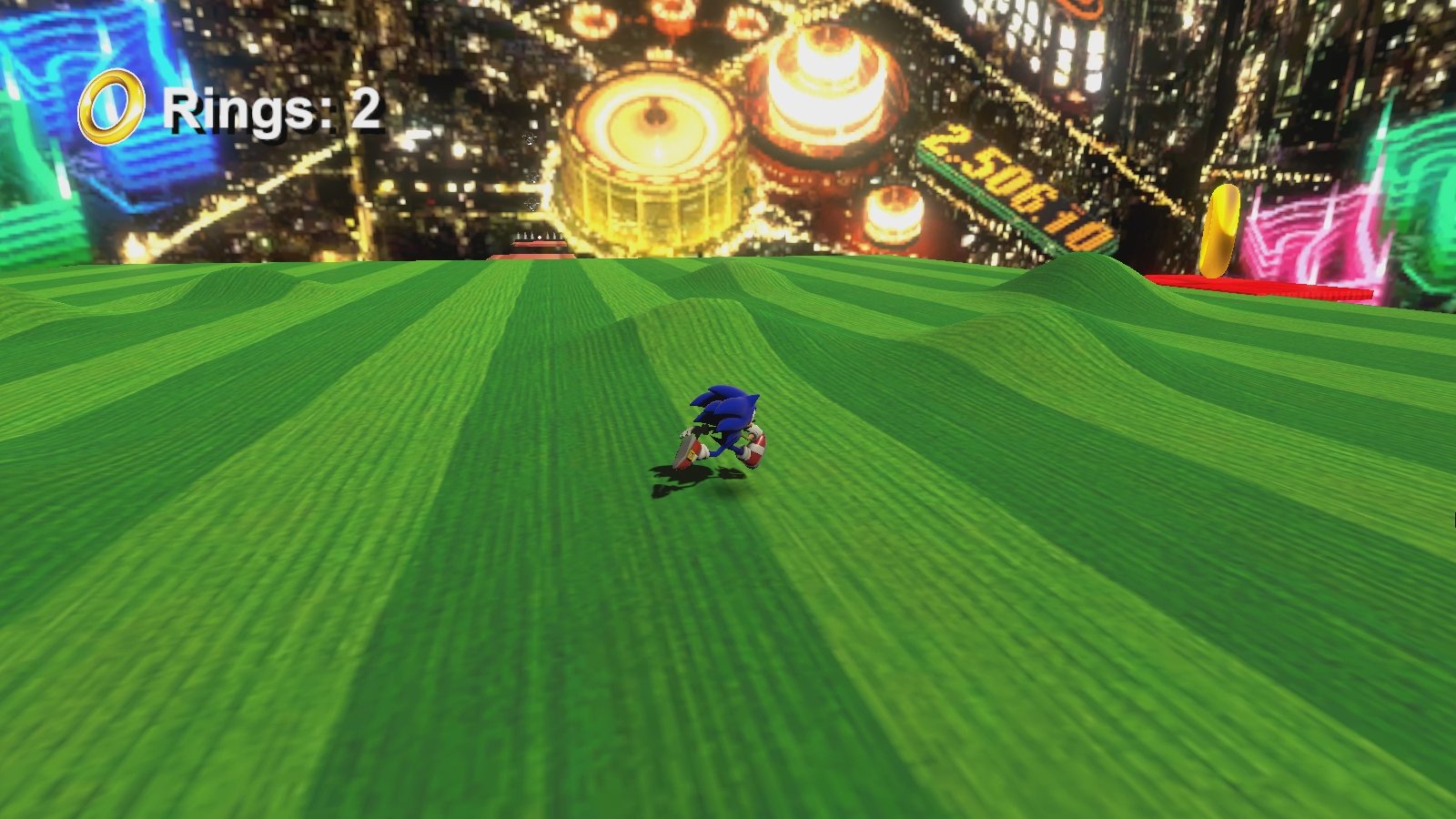 Another day, another Unity game that doesn’t work with my controller setup. Unfortunately for me, this time, Unity’s default launcher, the one that lets you pick output resolution and rebind your controller buttons, is nowhere to be found, meaning I’m stuck with whatever the default options are. There is a settings menu teased, but clicking on it doesn’t seem to work. Maybe it’s not much of a loss, though; there are three levels included. The first one is a cramped version of Tropical Resort from Sonic Colors where you barely have room to move. The second is an incredibly empty Casino Park level from Sonic Heroes where you have to flip two switches in order to unlock the goal ring. And the third is some incredibly barebones soccer minigame that doesn’t have goals or other players so all you do is bump in to the ball until you hear a non-existent crowd cheer. If you can’t tell, I didn’t really have much fun with this, but I also feel like it might be part of a joke I’m not in on. 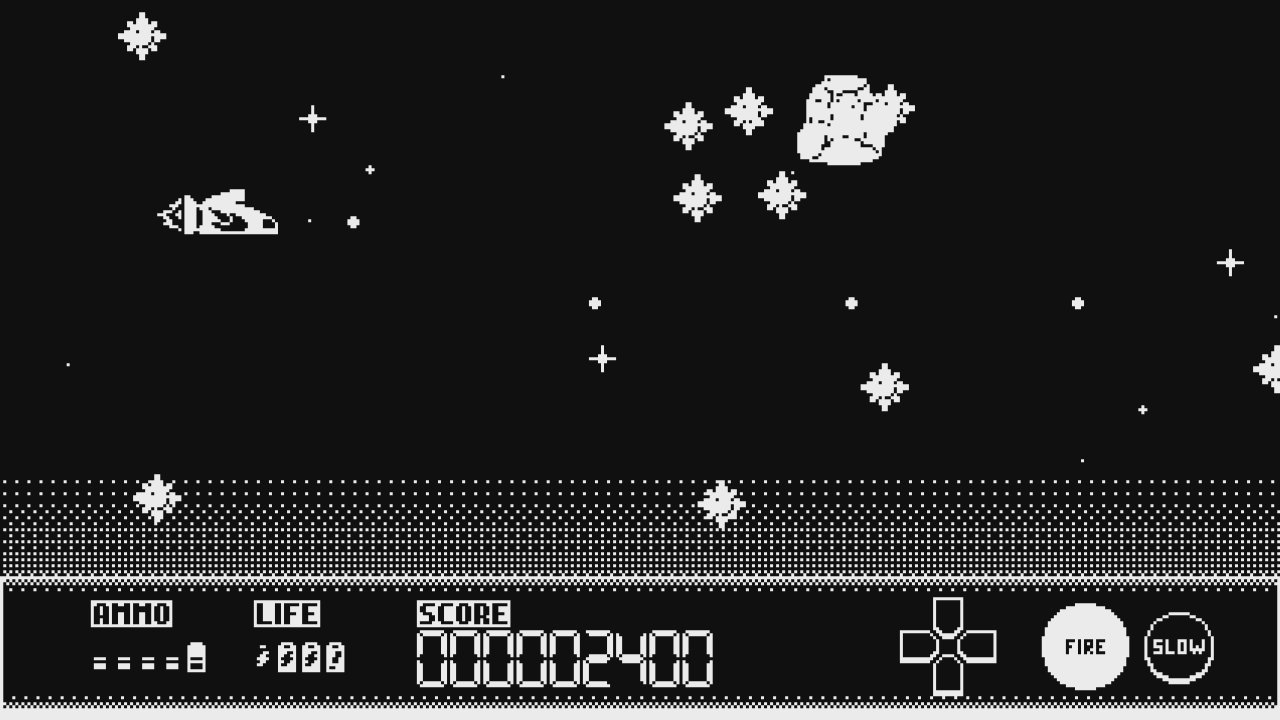 At first glance, you might look at this and think, “Who cares?” But I think this is an important milestone, because it shows just what can be done with Sonic Mania modding. Here’s something that doesn’t look, sound or play anything like Sonic Mania. But it’s running inside of Sonic Mania regardless. Consider the potential: modding is not officially supported for Sonic Mania, but with a little bit of elbow grease, you can do just about anything. New enemies? New bosses? New character abilities? Nothing is out of your reach if you know how to do it. You can even, as this proves, just make an entirely different game. Whether or not it’s fun almost doesn’t even matter, because it’s cool just to know that it’s possible at all.

Let’s make camp here and continue up the mountain tomorrow.