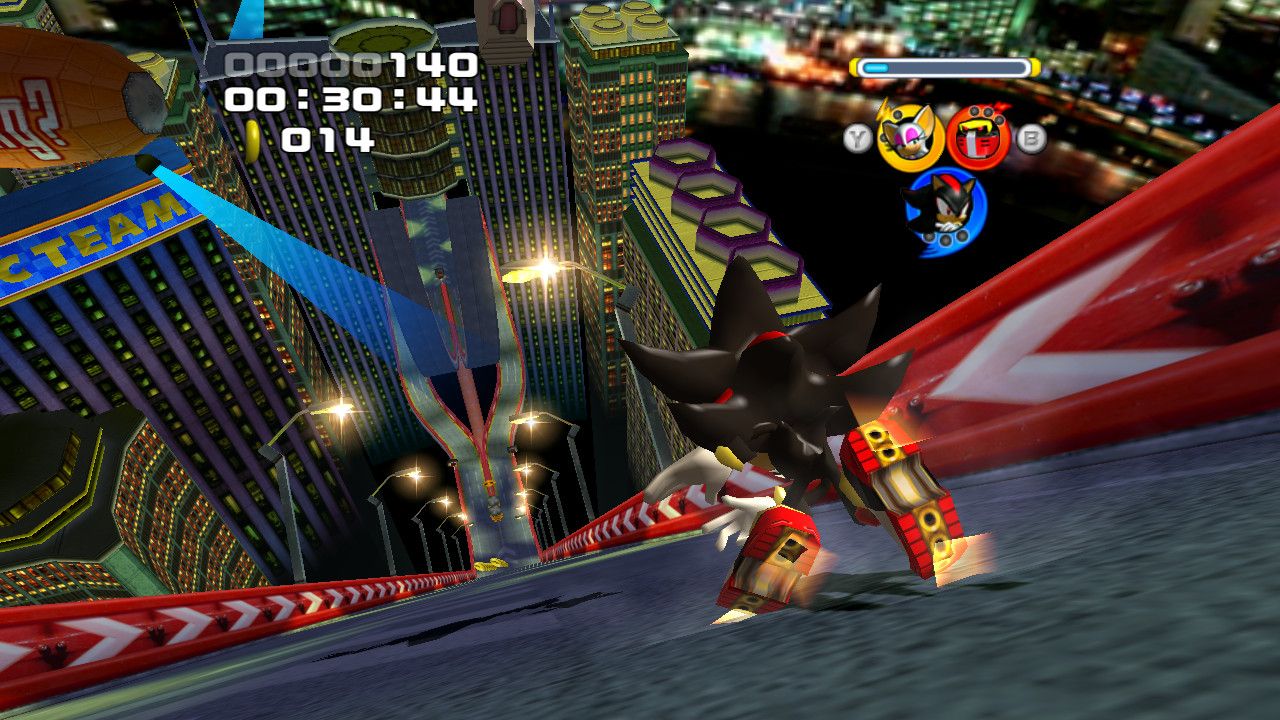 There’s been an increasing amount of love for Sonic Heroes lately, between mods that port Heroes levels in to Sonic Adventure DX, to now Sonic Adventure 2 levels in Sonic Heroes. Outside of some general camera weirdness, this seems like a pretty faithful port of Radical Highway, so if you’re a fan of Sonic Heroes and have access to the PC version, this is worth putting on your radar. 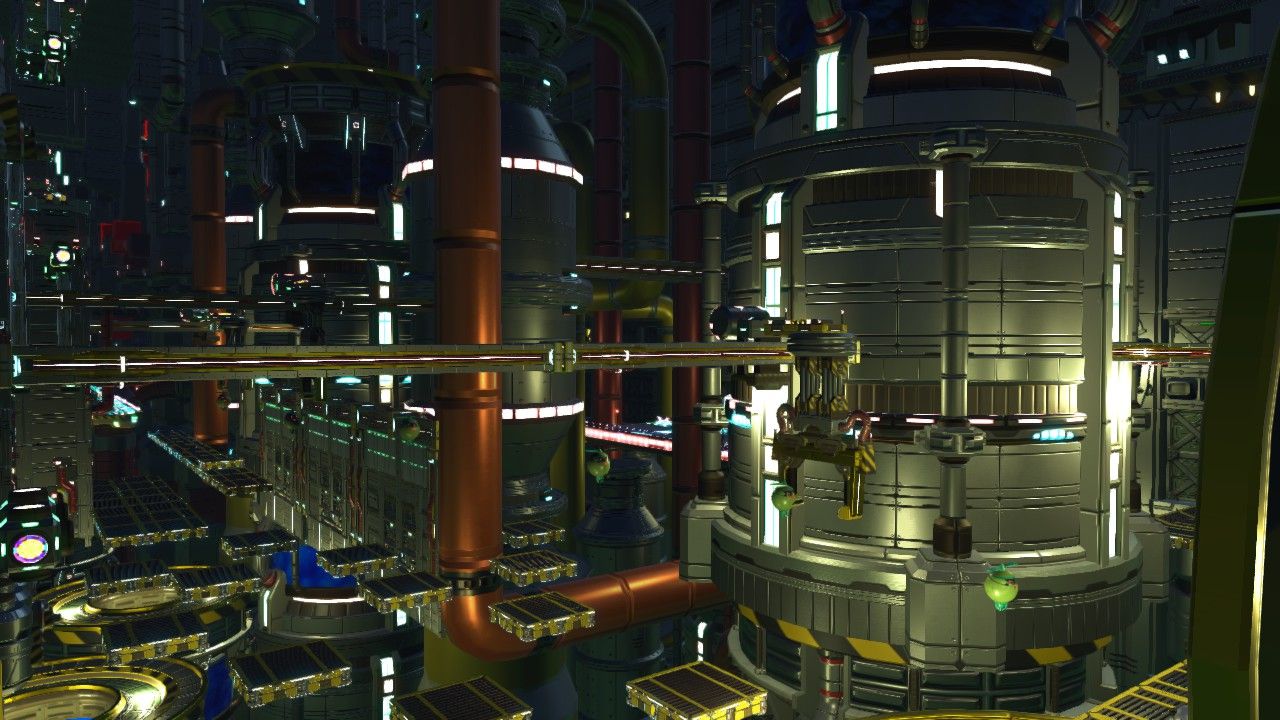 Looking now, despite only having modded Sonic Forces for about six months, Infinite_Force sure has been a busy little bee for all the releases he has here at the Sonic Hacking Contest. Much like Lost Valley Overclocked (talked about in Round-up #1), Network Terminal Overclocked adds new effects, new routes, and a bunch of other stuff to the existing Sonic Forces level. This one seems to be a bit larger in scope than Lost Valley, as you get expanded interior sections taking you to places you wouldn’t have normally seen in Sonic Forces. Including areas where walls aren’t entirely solid, which looks… bad, to be honest. At least the new night time setting looks neat, though. 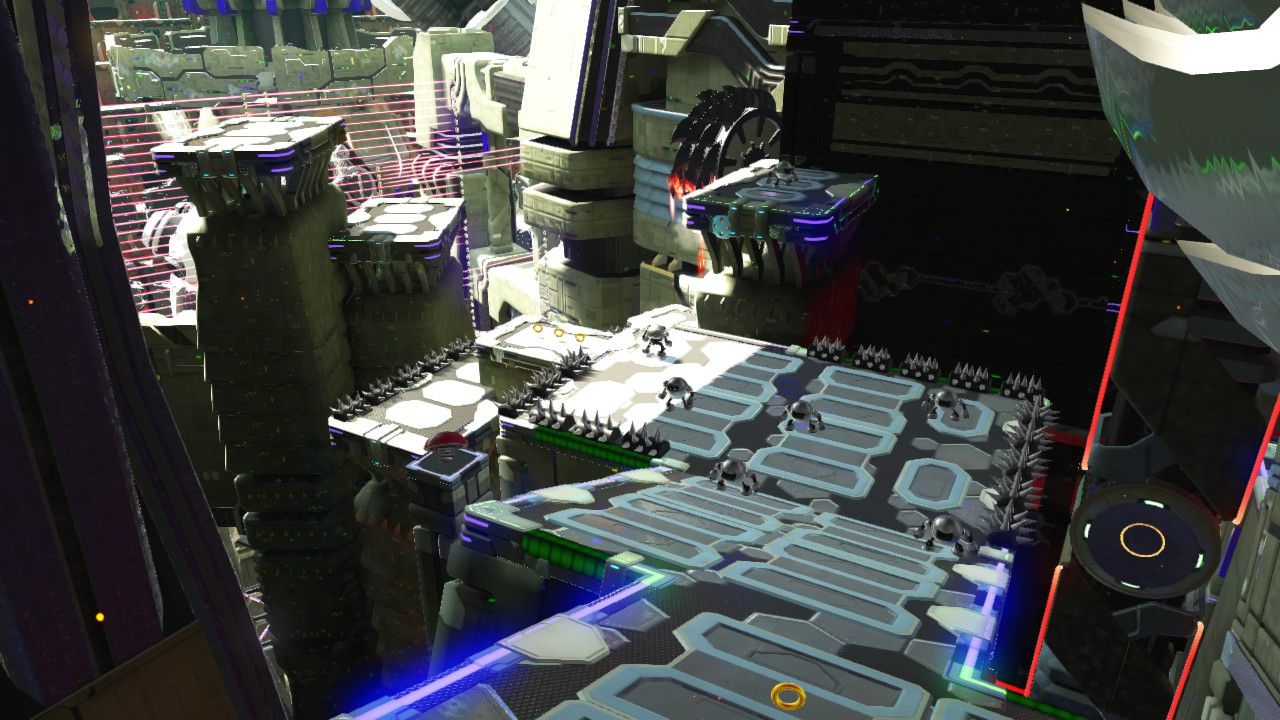 Here’s yet another Infinite_Force release, taking the last level in Sonic Forces and making in considerably more difficult. To be honest, though, I’m not so intimately familiar with the level that I know exactly what’s been changed at a glance, but it does seem to contain more enemies, lasers, and spike bars at the very least. The included video in the entry page also shows the developer using debug mode to reposition Sonic after nearly jumping in to a bottomless pit, and personally, I think it’s always a little worrying when the person who made the stage can’t finish it without dying. But maybe that’s just me. 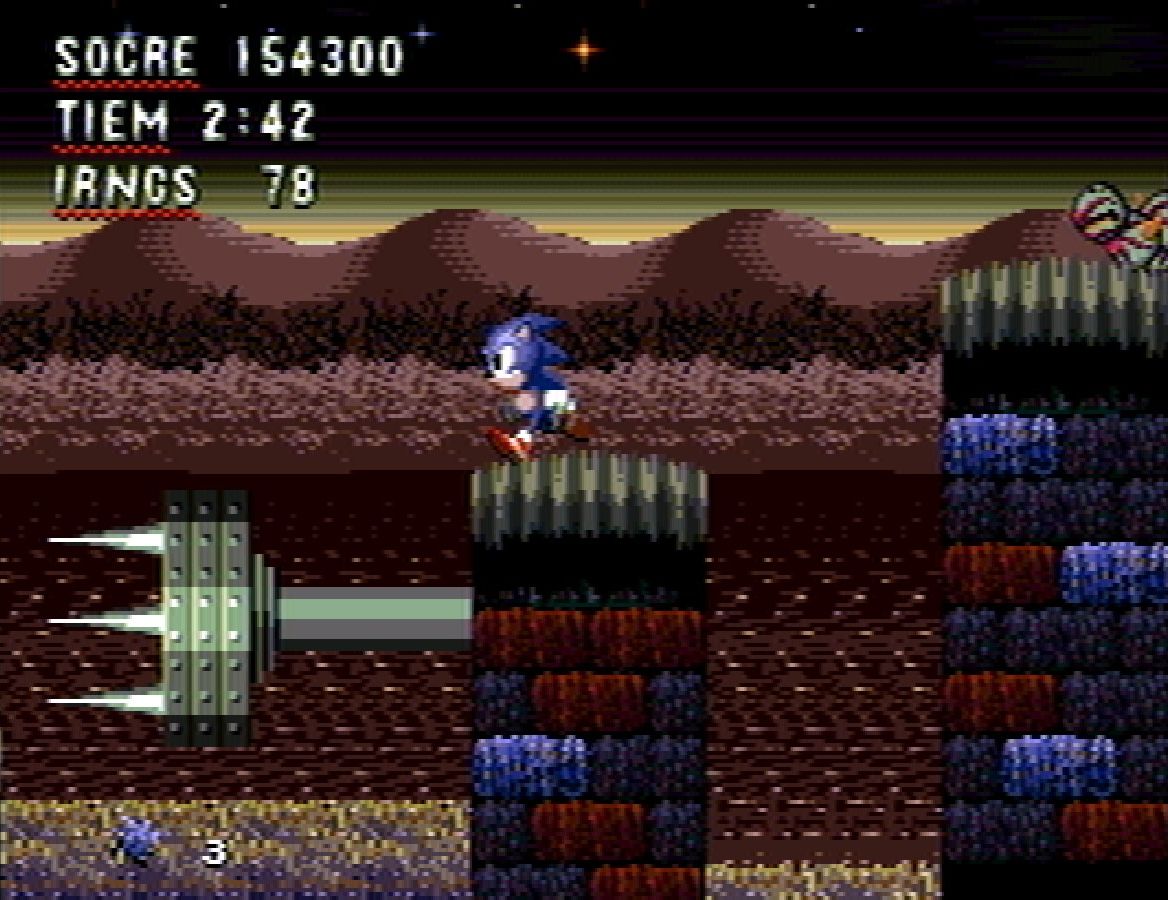 This feels like a half step between memes and a creepypasta. The music contains Bubsy quotes, but the tiles themselves are all weird and creepy. The description mentions it was inspired by Terraria’s “Eye of Cthulhu.” I’ve never seen that in Terraria, personally, so the reference is a little lost on me. The level design, while kind of mean in a couple of places (I found a pit I couldn’t climb back out of), doesn’t seem to be so bad, and is actually kind of refreshingly different from typical Sonic level design. I even thought the boss was neat, even if it wasn’t that different from the normal Marble Zone boss. 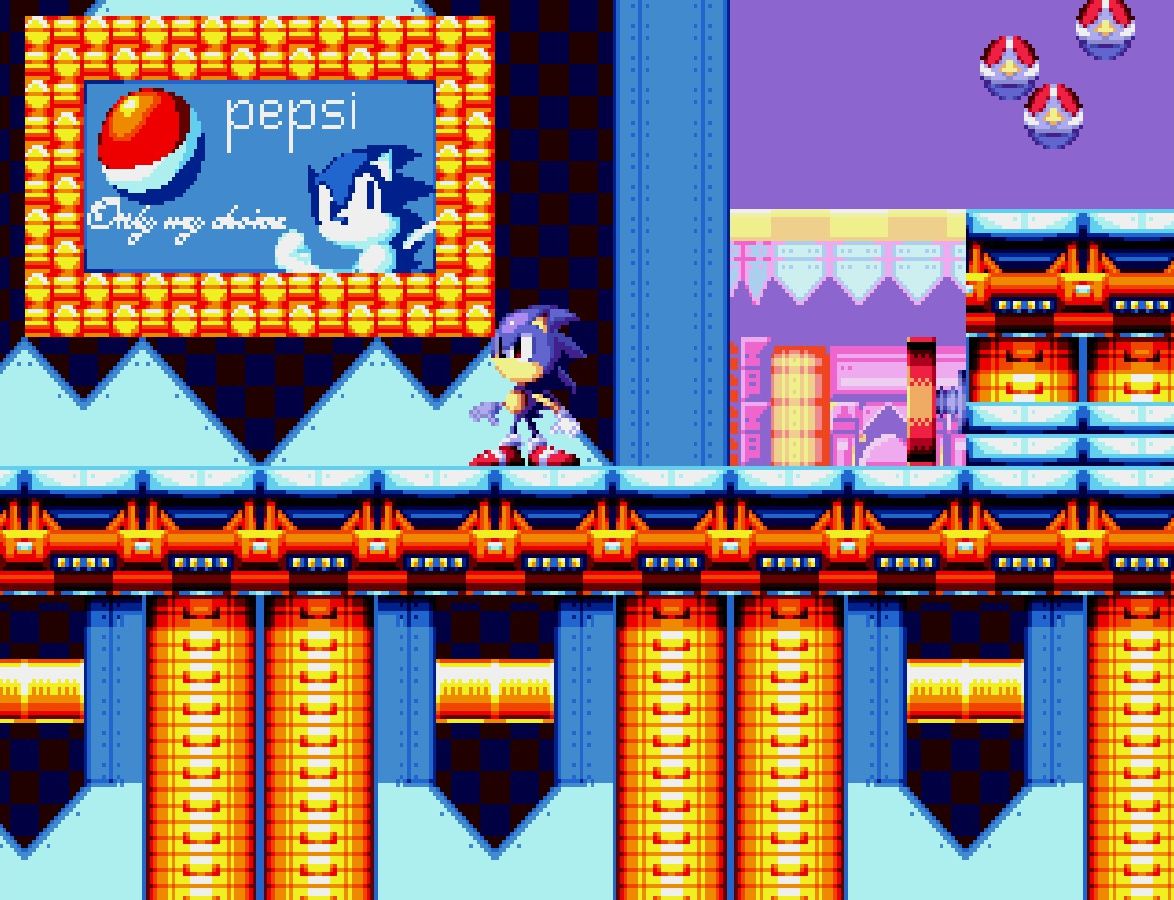 This was at SAGE just a few months ago, but here is what was pitched as the final release? I guess don’t quote me on that, but this is much closer to what I’ve come to expect from an Unlimited Trees game to look like. Which means it’s just a little bit weird. There’s no HUD, some of the collision detection feels incredibly messed up, but the art and the music are very nice. I ended up getting stuck at the start of the third level for quite a while, given the way the level is set up, combined with not having any rings. At times, the game almost feels more like a statement. Of what? I don’t know. Buy more Pepsi, I guess. 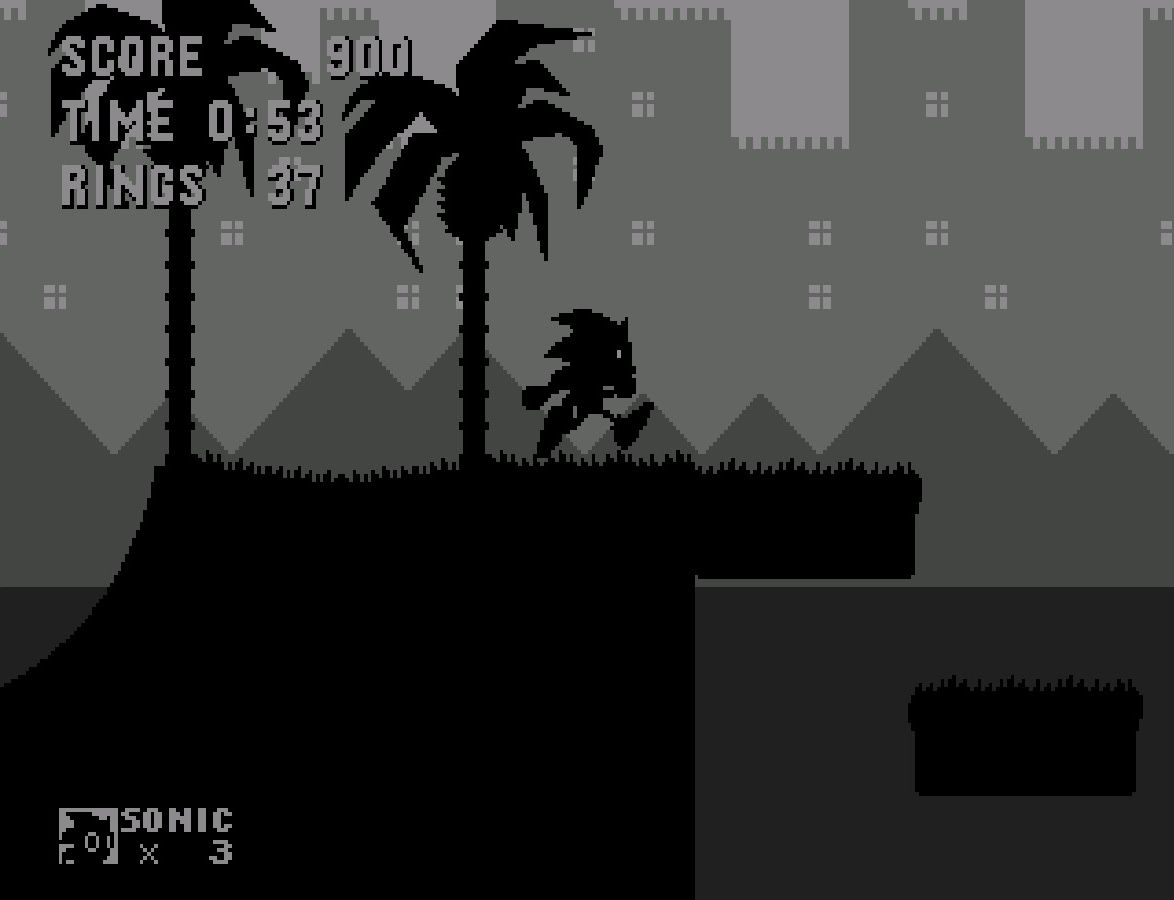 This is a visual trend that was all over the place a few years ago but doesn’t really get referenced all that much these days. That shouldn’t detract from how striking this actually looks. Unfortunately, the hack kind of abandons its gimmick after one level, opting for brighter colored backgrounds and blockier, more simplistic level design. I ended up getting really frustrated during boss fights, which flips the backgrounds to a very dark color, making it nearly impossible to see anything. Darker background colors become something of an issue in other levels, too. Still, an interesting idea, and I probably just need to turn my monitor’s brightness up. 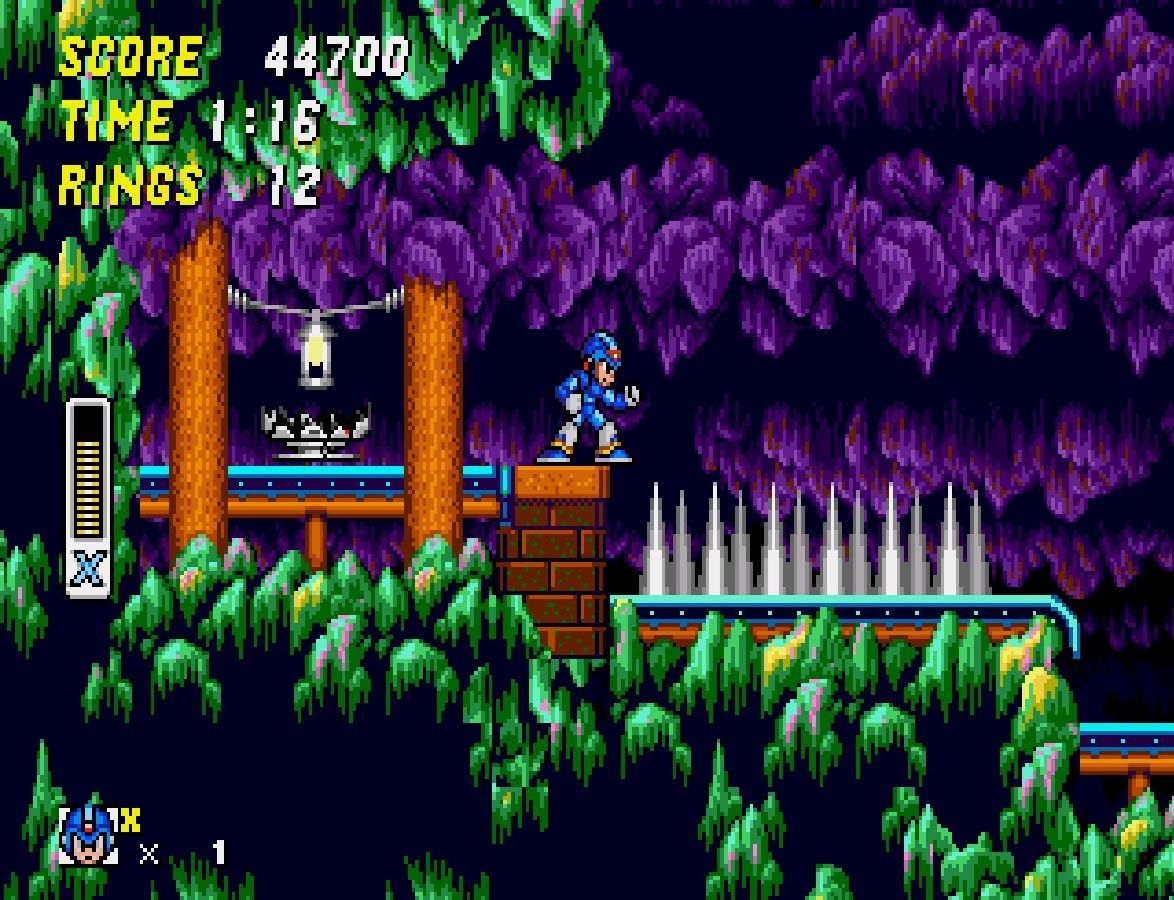 A few years ago there was a hack submitted to the SHC that stuck Yoshi, from Yoshi’s Island, in to Sonic 2. Though the hack was never finished, what was done was tremendously polished. Here, we have a hack along similar lines, but this time, it attempts to convert Sonic 2 in to a Mega Man X game. I find the results kind of mixed — I can’t imagine something like this was easy to do, but a lot of sounds are missing, enemies deal way too much damage for how little health there is, and there’s little graphical bugs here and there. Hopefully work continues on this project, because it could end up becoming something really special.

Inside the Pages: Sonic Universe #5