When it comes to RPG’s, there’s not much the Sonic series has to offer. There’s Sonic Chronicles, and…. hm. I suppose that’s it.

Regardless, the market for such a genre is certainly present. Take Sonic and the Mayhem Master, for example; an artistically unique RPG by Trinitroid featured at this year’s SAGE. Recently we sat down with Trinitroid to discuss his upcoming project.

TSSZ: Alright, Trinitroid! Great to finally speak with you. For starters, could you give us the lowdown on what Sonic and the Mayhem Master is all about?

Trinitroid: Sonic and the Mayhem Master is an RPG that focuses on the story aspect and the characters themselves. The plot revolves around exploring the world of machines, and finding the truth of its deceptive system.

TSSZ: The battle mechanic seems pretty unique. What’s your thought process been while developing this aspect of the game?

Trinitroid: In my childhood, I have played different spin-offs of bigger games, such as Mario and MegaMan. After playing Sonic Chronicles, I noticed that, unlike the previous two, it lacks a solid identity. It doesn’t offer something original, in comparison to games like Battle Network, Starforce, Paper Mario, and the Mario and Luigi series.

So I decided to try making a system that fits Sonic’s play-style. The problem for Sonic is his whole ordeal with speed. I tried brainstorming for different ideas, but not a single one can work. Eventually, I realized that it doesn’t need to focus too much on the “moving fast” part. So, instead of focusing on Sonic himself, I redirect to my attention to other variables, such as the enemies and hazards. What if I make a mechanic where you have to quick-think your decisions instead? This way, I can add so many things that the player will have to keep tabs while avoiding getting hurt. Thus, the new system is born. 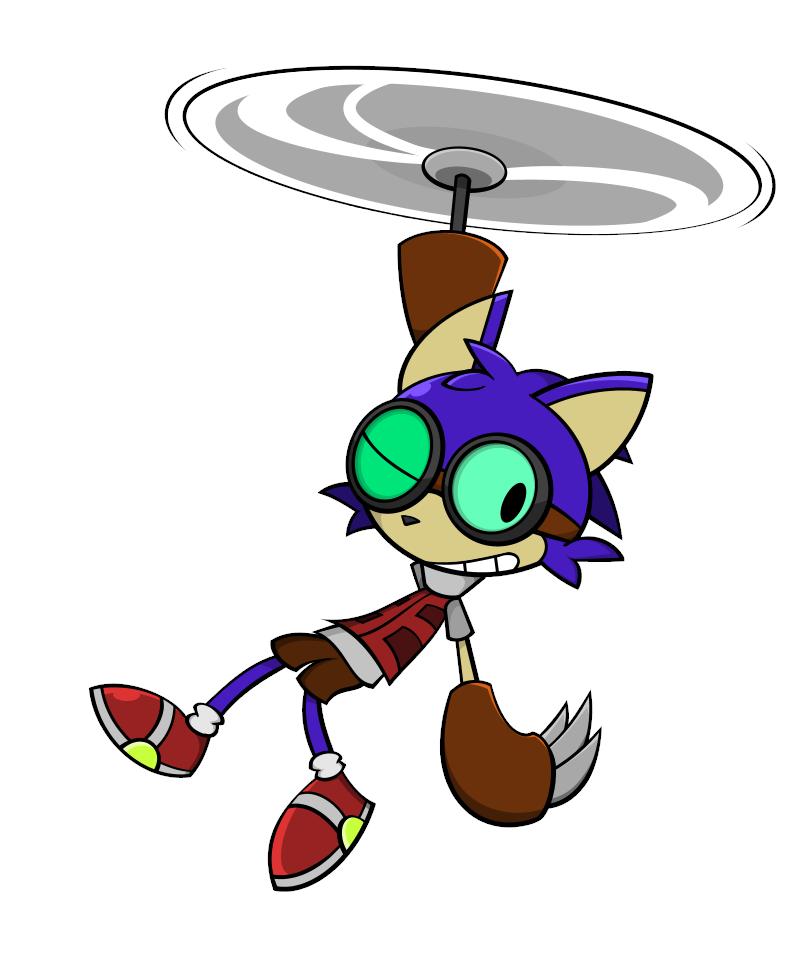 TSSZ: Now it’s my understanding that the project’s seen some changes since its current form. Could you tell us a bit about the history of Mayhem Master?

Trinitroid: Mayhem Master was originally started from a blog in SNN. I mostly shared an idea where the robots have different personalities. This was before the Deadly Six, or the Hard-Boiled Heavies even existed. It was originally going to take place in a futuristic setting, and then I realized it was overdone by this point. So, I changed the timeline into something alternative. The title was called Sonic and the Steel of Darkness, at that time (and yes, I know, it was cringy and I didn’t know the meaning behind it).

The gameplay was used to be another side-scroller, like most Sonic fangames nowadays. I asked myself; “What makes this game different from others? People did a much better job than this. I’m no match for them in the long run.” Then I decided to set it as a beat-em-up, which was evident from Sonic’s robotic gauntlets. However, due to my experience, it gets really difficult, so I headed back to the RPG idea. Along the way, I tackled the idea of including the Sonic Storybook series. I mean, it’s non-canonical, it has no effect to the main story, and it is a fangame. So, there it is.

TSSZ: I think of the biggest draws towards Mayhem Master is its original art style. Could you tell us a bit about this new take, and why you went with such a radically different approach?

Trinitroid: I actually have not that much to say. It is mostly the art style that I have been using. Though, there are some inspirations from the Mother series. Yet, people mostly think that I copied it from Undertale. An example of this is TD’s design, where people called him Sans 2.0, even though TD was created way earlier before the game got released. Sometimes, people like to compare it whenever something new and popular comes up. However, that’s pretty much it on the art style. 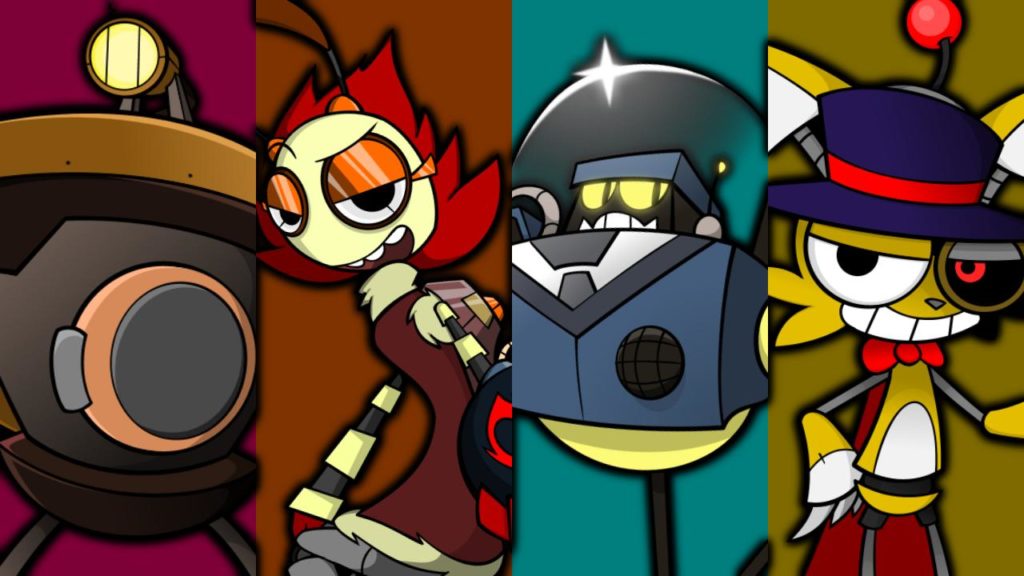 TSSZ: Sonic and Amy behave so differently that they almost seem like new people entirely. Are these the same characters we’ve come to know and love, or can fans expect something totally new here?

Trinitroid: Actually, after the release of the first demo they were different characters, but with the same name to their originators. It is kinda like MegaMan.EXE, in which his character is so different from the original MegaMan. “Sonic” and “Amy” are more of like a classic detective duo. They act like children, who always have something crazy to do. They make fun of things, but they always know when to get serious.

Since this is an RPG, I wanted to make sure that the interactions with the characters and the environments are something new and fresh. If I am gonna do the same treatment that Sonic got plunged into another book, then it is going to feel out-of-placed. The thing is that I wanted to focus on a new take. I wanted to give players something to take their time on investing these characters. With the whole character redesign, you would be surprised on some twists that I have planned for them. 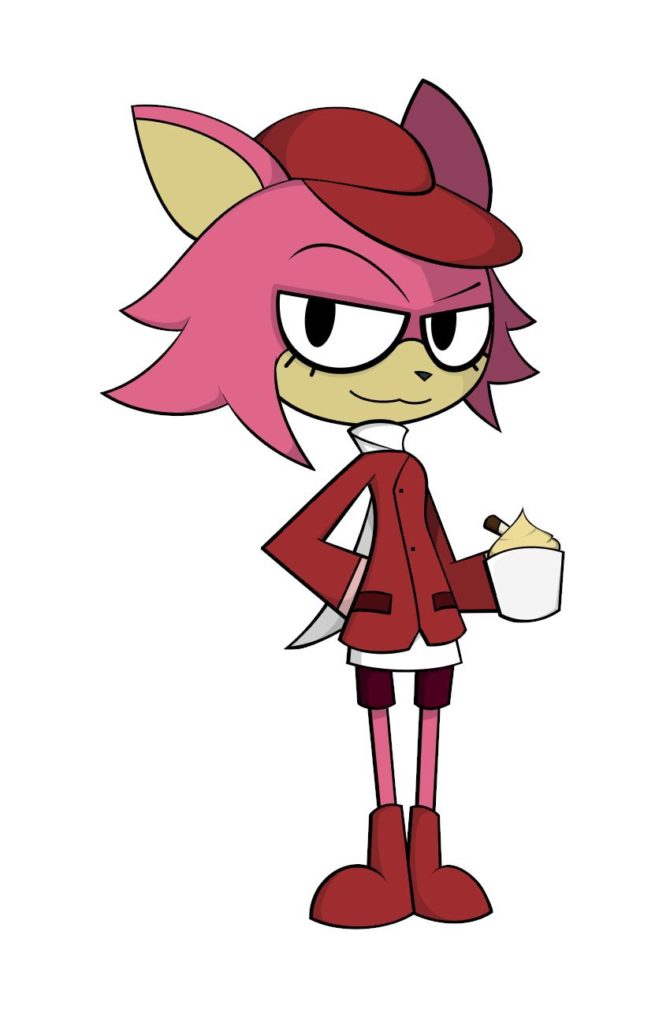 TSSZ: Speaking of characters, is there anything you can tell us about this new girl?

Trinitroid: Sonata Sprocket is one of the more surprising additions to some people. She was originally going to be a parody of all the human girls that Sonic got paired up. And then I realized that I’m wasting this character, so I gave her a much bigger role. She’s basically a mentor to Sonic, as him being the apprentice. She is an engineer, and she likes music. She has a stained reputation, and has a hard time coping up from people.

The one thing that I forgot to point out, is that in this alternative universe, the “Mobians” are lowly-treated. They have limited intellect, and they are always paired with their human masters as helpers. “Sonic” is good at tinkering, but lacks common sense. Detective “Amy” may have good logic and reasoning, but she lacks the ability to remember old stuff. However, Sonata treats him as a child, and takes care of him. She has a much more passive role than other human companions.

TSSZ: That soundtrack’s got some real jams. Is it custom made, and if so by who?

Trinitroid: Unfortunately, none of the music is mine. They are from other games and such. I mean, there is nothing wrong in using other music in a Sonic game. I am just really tired of hearing the same old tracks.

TSSZ: In a nutshell, what would your dream Sonic RPG look like?

Trinitroid: I honestly wanted to see a Sonic RPG that has original concepts. Though, I wouldn’t mind someone remaking Sonic Chronicles. As long as the game is fun, unique, and memorable, then it’s a pass in my book.

TSSZ: Ok, and where can fans keep updated on you and your project?

Trinitroid: I am mostly in touch on Twitter or GameJolt. They are really good at keeping other people updated with news for indie games. I also have a Youtube account, where I post dev documentaries. As much as I like SFGHQ’s new look, it is still really hard to post previews of some of my work.

TSSZ: And that’s all I’ve got for you, my friend. Thanks for sitting down to talk with us today! Good luck with Mayhem Master moving forward.