Over the weekend on The Final on TSSZ Plus, we showed you the first good look at the upcoming Sonic X PUMA partnership line of goods–which we also told you about on the Final back in early June.

The line includes the new RS-X3 sneakers which will retail for $120, as well as a hoodie sweatshirt, T-shirt, beanie, and bag.

Initial reports indicated just the sneakers would be out tomorrow, Thursday, with a rollout of the rest of the line happening on February 7th. But a message from the official Sega of Japan Twitter account this morning suggests it is all dropping tomorrow – at least in that country – and to mark the occasion, the company had some high-profile models showcasing the goods: Sonic Team staffer Kazuyuki Hoshino and composer Tomoya Ohtani. The original Tweet was deleted, and then republished a short time later. 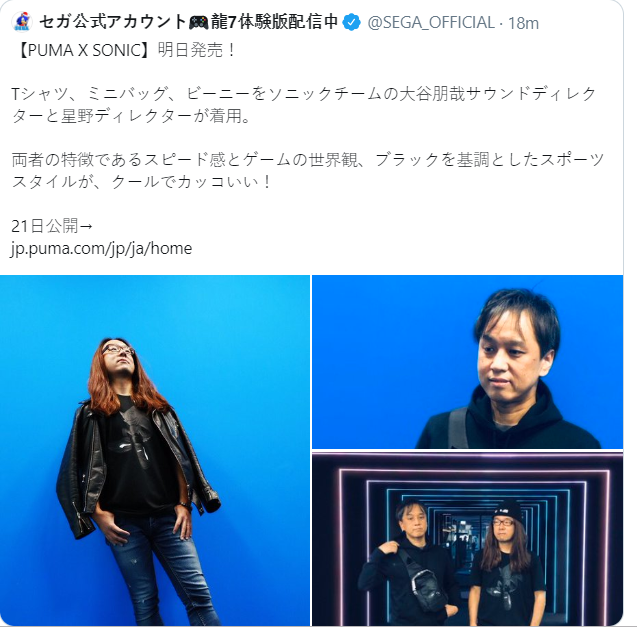