Tangle and Whisper Miniseries Review-Issue One 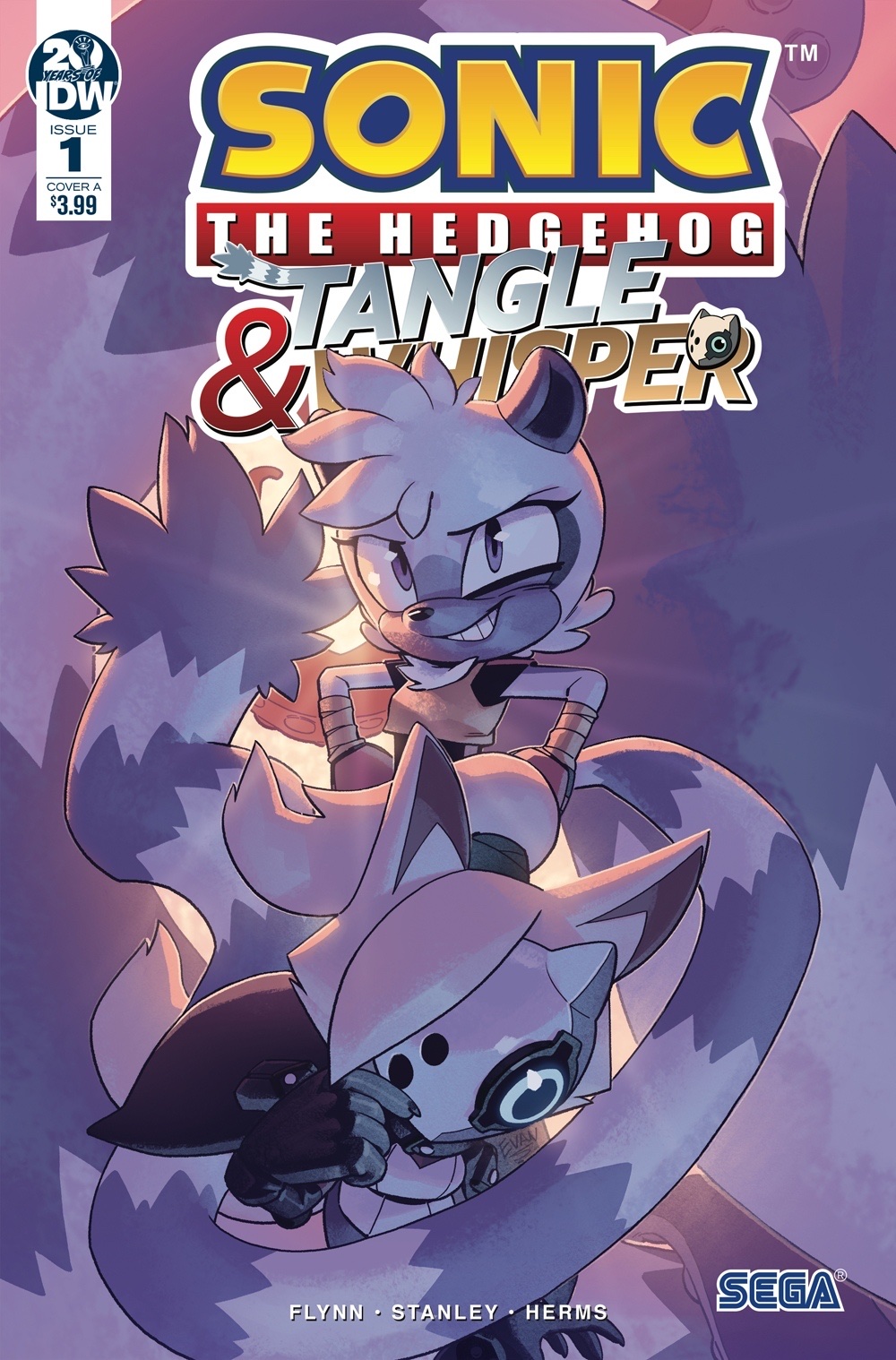 Cover art for issue one of Tangle and Whisper

When the Tangle and Whisper miniseries debuted, it proved to be a huge hit with the Sonic fanbase. With two strong female leads and a great storyline, what wasn’t there to love about it? Now that the miniseries is over, it’s only fair that it gets the review that the whole series deserves. This review will not only feature reviews of each individual comic, but a review of the overall comic series as a whole.

Issue number one of the Tangle and Whisper starts off with Tangle the Lemur bouncing around her hometown. After battling alongside Sonic, quiet town life is boring Tangle to tears, as she tells her friend Jewel after running into a hot dog stand. Now we find that Tangle is in a bit of a conundrum: go find her own adventure, or wait at home in case adventure finds her.

Well, it seems adventure finds her, because immediately after she talks about it she hears shots being fired outside, where Sonic is being attacked by Whisper the Wolf. Clearly confused, Tangle runs after Sonic and Whisper, and is able to confront Sonic, who says that Eggman has put a mind control device in Whisper’s mask. Tangle moves to confront Whisper and try to get through to her.

Whisper sees Sonic through her wispon scope, but Sonic doesn’t look quite like Sonic. Suddenly, Tangle tackles Whisper and the two tussle for a bit until Tangle is able to remove Whisper’s mask. After some back and forth between the two, Tangle realizes Sonic bamboozled her, as it’s not actually Sonic. It’s a fake! (I’m trying really hard not to make a faker joke here). Whisper uses her mask to explain everything to Tangle. The two flee to where Whisper can explain what happened to Faker Sonic (look, I had to).

When they’re safe, Whisper explains to Jewel and Tangle that the Sonic they saw was actually Mimic, a shape shifting mercenary. Whisper believed he would target Tangle and others related to Sonic, so she tracked him down. Lo-and-behold, Mimic did just that. Jewel suggests Tangle join Whisper to stop Mimic. Whisper says no, but after some back and forth (and pleads from the Wisps), Whisper finally agrees to take her friend Tangle with her. When they go to leave, they find an invitation from Mimic to meet him face to face.

When I first heard about the Tangle and Whisper spin-off, I will say I was skeptical. Here’s the thing: I like Tangle and Whisper, I think they’re wonderful characters who are a great addition to the IDW series. However, I had no interest in the spinoff because it wasn’t something I thought was necessary to be written. So when I first read this comic, I had trouble wanting to read through it because I didn’t have that initial interest in it. That said, reading through it again as a refresher for this review brought to light more of what I believe people like about the duo. Whisper is quiet but confident in her abilities. Tangle is happy-go-lucky and smiles through the hardship. Both are strong female characters, which is nice to have in a story. As such, I started to be more open to the miniseries.

Even reading before I started to be more open minded, I enjoyed the art style. I enjoy the character designs for both Tangle and Whisper. Knowing what I know about art and graphic design, and learning more about it through my own schooling, even if I don’t enjoy a comic I can still appreciate the amount of work and talent it takes to create the comic book art. The colors for this issue are bright and happy, which is pretty reminiscent of Tangle’s personality. A comic book’s story can only be told so much through writing, the art has to be a part of it, and together the writing and the art bring a pretty solid first issue of the miniseries.

As for the writing, well what can I say? It’s well written if only a little slow to start. I like more intense writing and stories, and this first issue is a slower introduction. This makes sense, seeing as we need to be told what Tangle has been up to since her departure from Sonic’s team. However, that slowness did make it hard for me to get through. Despite that, once it did pick up, I enjoyed it and feel it was a good introduction for the series.

That’s it for Issue One’s Review, tomorrow you’ll have my review for Issue Two as we walk through the whole Tangle and Whisper miniseries.