When the term “video game movie” comes up, what springs to mind? Mediocre productions like Prince of Persia and Assassin’s Creed? Mind-blowing abominations like Super Mario Bros. and Doom? Video game adaptations have struggled on the big screen, and although films like Detective Pikachu have helped change the narrative in recent years, there’s still a certain stigma attached to these projects. Fairly or not, a live-action Sonic the Hedgehog movie featuring a CG character in a human world sounds like another textbook example of game-to-screen garbage, at least on paper. We’re happy to report, however, that while the film is no masterpiece, it’s solid family entertainment that dedicated Sonic fans will probably thoroughly enjoy.

Growing up in what can only be described as Green Hill Zone, Sonic (voice of Ben Schwartz) learns his body can release powerful bursts of electricity, and that’s dangerous. After getting forced from his world at an early age, he spends the next decade wandering Earth and building imaginary relationships with the denizens of Green Hills, Montana. One such resident, Tom Wachowski (James Marsden), dreams of more impactful police work than the gutter-cleaning and duck-removing tasks he faces in his tiny town. Unlikely events force Tom and Sonic together, at which point they must set out to reach San Francisco before a bad situation gets worse. In pursuit is Dr. Robotnik (Jim Carrey) and his army of drones, hell-bent on capturing Sonic and harnessing his power for nefarious purposes.

That’s a pretty comprehensive summary, believe it or not; to put it bluntly, the plot is bad. Likely in pursuit of the younger demographic, credited writers Pat Casey and Josh Miller crank out a buddy-road-trip story that’s predictable, flimsy, and cliche-riddled at every turn. Characters make a pit stop and cause a ruckus? Check. Villain gives chase on a crowded highway? You betcha. Protagonists’ vehicle eventually gets destroyed in a series of mishaps? Thoroughly. That poor Tacoma. It helps to have some fondness for the source material going in, as there’s little here to keep older viewers or non-fans engaged; Robotnik implying that his elaborate schemes are taxpayer-funded is about as “adult” as the comedy gets. Story holes crop up quickly as well; for example, Tom and Sonic’s antics make the former a nationally-wanted criminal, yet he’s still able to traverse the country and break into places with impunity? Sure. 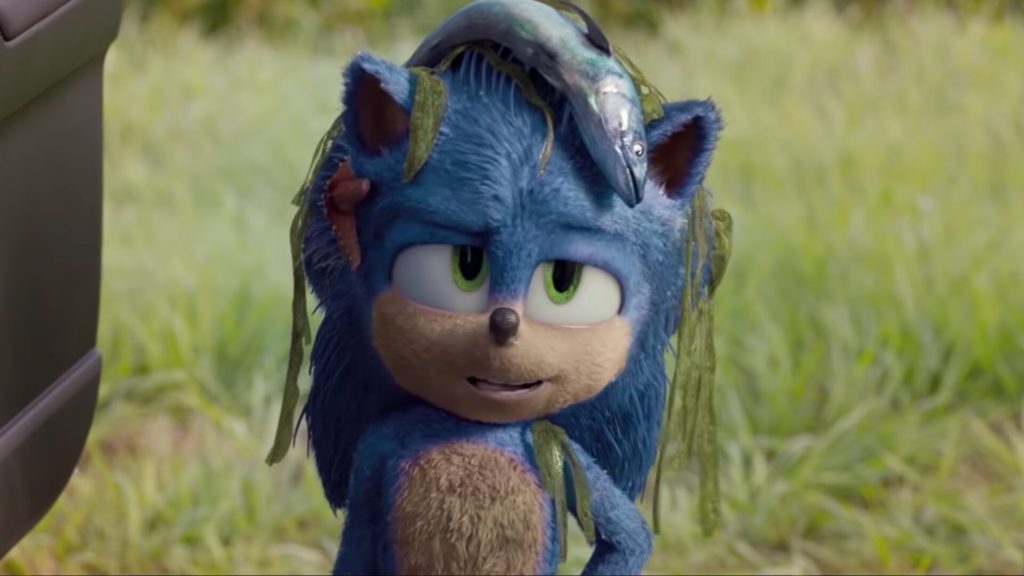 The movie implies that Sonic can’t swim, which is a nice touch.

Familiar themes are present – the importance of friendship, appreciating where you are instead of longing for where you could be – but are never really the focus. Now, this kind of film doesn’t necessarily need a deep, hard-hitting story, but it’s difficult not to see some missed potential here. Sonic games can get away with lightweight stories because their gameplay is the focus, but movies intrinsically lean on story much harder, and a more unique spin on such well-worn tropes would have made the proceedings more engaging. The film’s opening scene and climax give glimpses into a much more creative and exciting use of this world, something I hope any sequels take to heart.

What saves the film, then, are the excellent performances of its three leads. Ben Schwartz is absolutely phenomenal as Sonic. Playing the character as a hyperactive 12-year-old with a caffeine addiction, he brings a buoying energy throughout, despite never getting much wit or edge from the script. Sonic runs his mouth ceaselessly, and in the hands of lesser talent, this could have quickly become grating and intolerable. Schwartz was tailor-made for this role, and it would be fantastic to hear him do it again. Jim Carrey also elevates every scene he’s in with his devious, scenery-chewing turn as the 300 IQ-laden Dr. Robotnik. While more Yes Man than Liar Liar, his performance injects the film with some fun and manic moments. His spin on the character makes Robotnik intensely driven, motivated by an obsession with his legacy and accomplishments, a characterization that syncs up with his video game equivalent nicely. He deftly walks the line between eccentric and all-out jerk; fans of the actor will be pleased to see him in his naturally-silly element once again. Finally, James Mardsen serves as a charming foil to Sonic’s insatiable energy, and his smooth charisma serves him well in the role. Also, you might not expect it, but Natasha Rothwell as Tom’s ever-more-irate sister-in-law got the biggest laughs of the film at my screening, so keep an eye out for her. 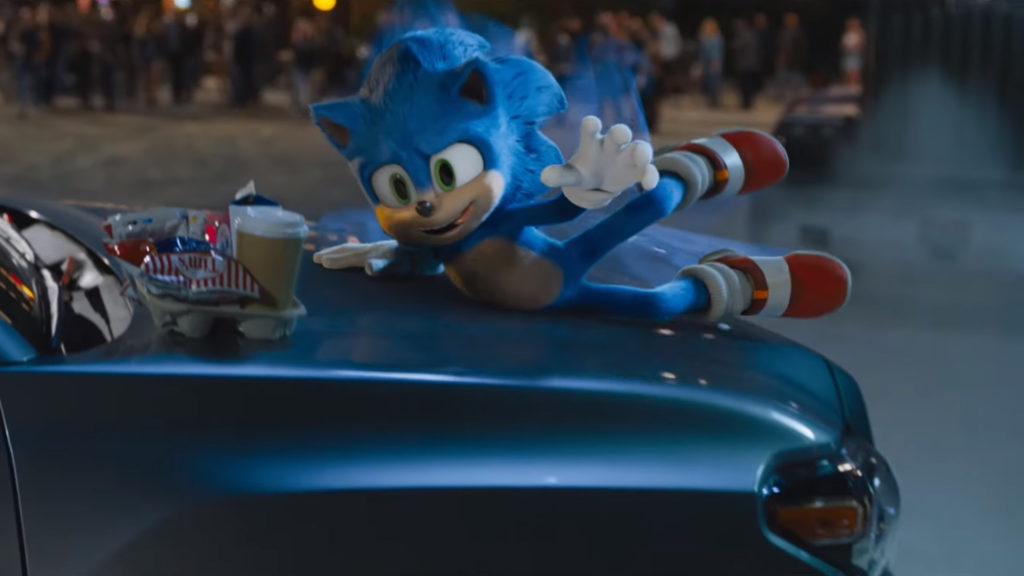 This might not matter as much, but the film looks and sounds quite good. Fast & Furious cinematographer Stephen F. Windon delivers polished, controlled, and attractive framing from start to finish. The action is clear, and the effects are solid throughout – Sonic is very expressive and well-animated. Family-oriented films often look cheap or intentionally wacky, and I’m very glad that’s not the case here. Tom Holkenborg, also known as Junkie XL, gives the story’s meager beats a boost with his grand and sweeping score. The soundtrack incorporates a few well-known songs smartly throughout, and there’s one cue toward the end of the film that’s just too perfect. As a whole, the film respects its source material, treating the titular character with respect and playing to his strengths rather than making fun of them. Franchise references come fast and often, mostly in the first ten minutes and right at the end; the obligatory animated credits sequence is filled with really fun nods to the Genesis trilogy, and the mid-credits scene brought the house down with excitement.

Ultimately, Sonic the Hedgehog does what it sets out to do: be an upbeat, family-friendly adventure film starring a recognizable video game mascot.  While it’s not some great cinematic achievement, it certainly rises above the vast majority of game-based film fare, and it tells a story without trampling all over Sonic’s legacy; there’s fun to be had if you’re into the source material and set your expectations accordingly. Hardcore fans will eat it up, and if you’re reading this, you’re almost assuredly in that category. If all you want is to hear an orchestrated SEGA chant through theater speakers and to celebrate your favorite game character making it to the big screen, then go see the film; you’ll have a great time, even if the same can’t be said for everyone else.

Final Score
3out of 5

Despite a flimsy and bare-bones plot, Sonic the Hedgehog leverages its leads to great effect and does just enough to create solid family entertainment that longtime fans will almost certainly appreciate.

40% Believe Sonic 25th Plans Will Be Revealed This Month (February)