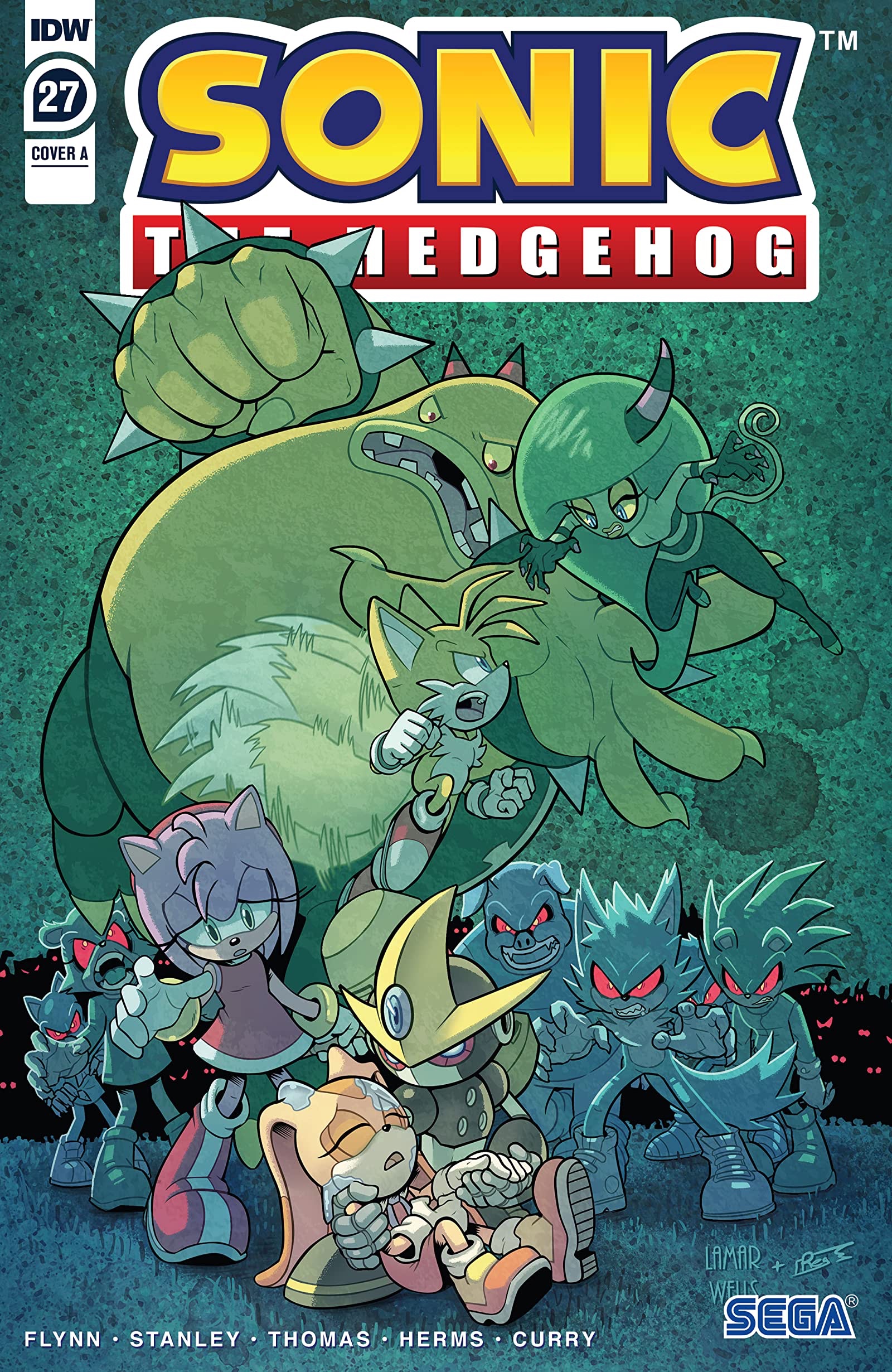 After a dark installment in the Zombot Arc for IDW’s Sonic the Hedgehog, issue 27 offers what could be the beginning of things getting brighter, emphasis on the phrase “could be”.

The issue starts out with Tails and Amy running from Zomom, who’s trying to eat them. Tails suggests to Zomom that there’s food elsewhere which gives the pair a brief moment to figure out a new strategy, only issue is Zomom discovers there’s no food and goes back to chasing Tails and Amy. Zomom turns the Zombots on the pair, and they try to fly away. Readers are left with a bit of a cliffhanger with Zomom, Tails, and Amy’s situation.

Out at Sunset City, Gemerl is about to attack Cream, who makes a true plead for him to not. He overcomes Zeena’s control, but is made to follow her orders thanks to the Chaos Emerald Zeena is using. Cream attacks Zeena, and kinda loses it because of everything she has witnessed and endured. Zeena throws Gemerl to the Zombots nearby, grabs Cream and holds her to the Zombot horde.

Back to Tails and Amy, they fly high enough to get away from Zomom. They come up with a clever idea to trap Zomom under a gate and steal his Chaos Emerald. It works, and the pair escape.

We are left with Sonic and Eggman realizing Zavok in the Egg Faceship has found them on Angel Island.

I’m going to discuss this issue a bit differently than I have other comic reviews. I want to discuss how long this plot arc has gone on, because I find myself honestly bored at this point with how long this plot has been going. The storyline has been going on for months at this point, (by my estimate close to a year, actually), and I think that it’s a lesson in short, but good stories. I love this arc, don’t get me wrong. I enjoy the story, I like how dark it is, I still don’t mind reading the story in each comic issue, and I think the overall story is well written, but I do think it’s gone on far too long at this point.

I believe Ian Flynn has said its close to wrapping up, which will be incredibly nice to have something new to read with the Sonic the Hedgehog comics. I am looking forward to a new story and a new plot, hopefully one that is more lighthearted and fun than what we have going on right now. I am looking forward to seeing what happens with the end of the Zombot arc. I think overall I am just itching for something new with IDW’s Sonic the Hedgehog.

Get Your Let’s Tap Soundtrack